A sixth-grader is credited with making an important discovery about lionfish with a science project. Lauren Arrington’s work has been... 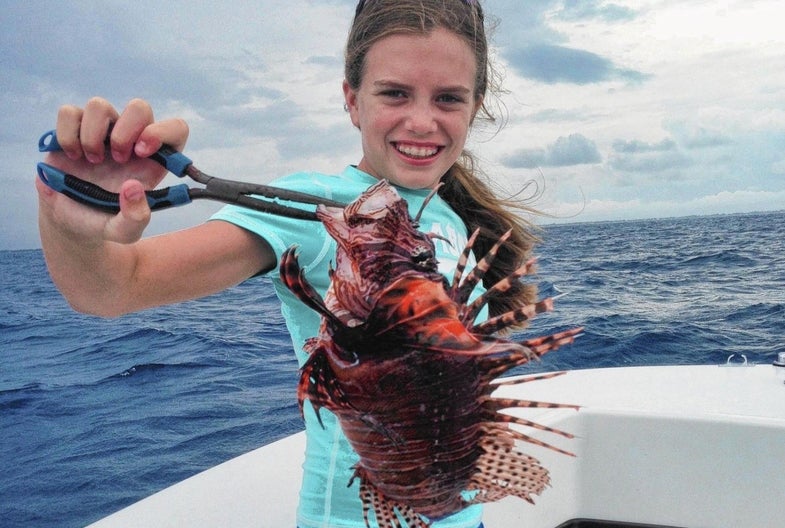 A sixth-grader is credited with making an important discovery about lionfish with a science project. Lauren Arrington’s work has been peer-reviewed and cited in a scientific journal. It has also changed management strategies for dealing with the invasive lionfish that are becoming a serious threat to native fish in Florida.

Arrington, who had spotted a lionfish while fishing in the Loxahatchee River, became curious how the saltwater fish could survive in the brackish river, which is less salty than the ocean. Arrington captured several lionfish with the help of her father, took them home, and observed them in an aquarium as she lowered the salinity in the tank. Eventually she found that lionfish can survive in fresh water.

Recently, the state of Florida has banned the importation of lionfish and expanded the areas where lionfish can be speared. Researchers are now looking for lionfish in freshwater and saltwater.

Originally found in the Indian and Pacific Oceans, the striped lionfish is a popular aquarium fish and it has spread in great numbers to the western Atlantic, Caribbean, Gulf of Mexico, and Mediterranean, where it preys on native species voraciously. Now, thanks to Arrington’s science project (which only placed third in her science fair) we know they are a threat in fresh water as well.