Biologists in Iowa are perplexed after a collection of fish pulled from hatchery ponds on the Mississippi River last month... 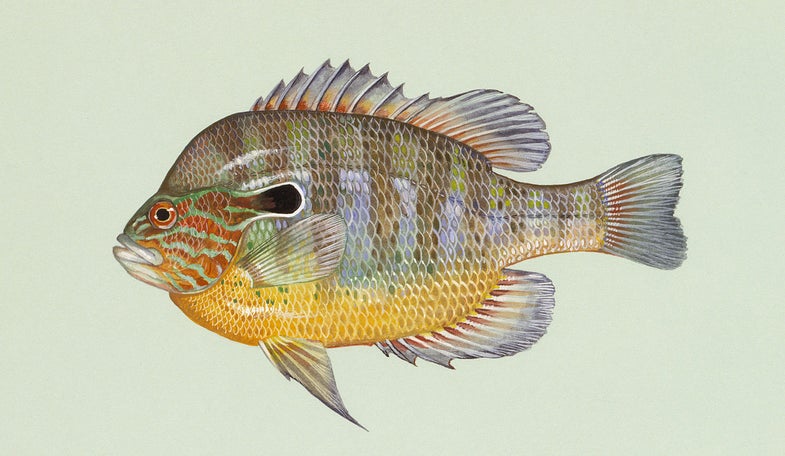 Biologists in Iowa are perplexed after a collection of fish pulled from hatchery ponds on the Mississippi River last month included a longear sunfish —- a species that hadn’t been seen in Iowa for more than 80 years, according to The Republic.

The man who made the initial discovery, Iowa Department of Natural Resources technician Adam Thiese, was collecting fish for an educational program from ponds used to hatch and raise fish (like bass and bluegill) that are later disbursed to the state’s lakes and rivers. Then, when staff members drained a different hatchery pond, they found two more male longear sunfish.

A laboratory will examine the DNA from the fish’s fin clippings to confirm the species. Thiese says there’s no clear explanation for the fish’s reappearance. Longear sunfish are common in neighboring states and it’s possible someone transplanted a caught fish from another state, or recent Mississippi River flooding could’ve relocated a few.

The three fish found at the hatchery remain in an aquarium while researchers investigate their sudden reappearance.