According to CBS, on February 10, Nick Haworth’s German shepherd, Luna, disappeared from a commercial fishing boat he was working... 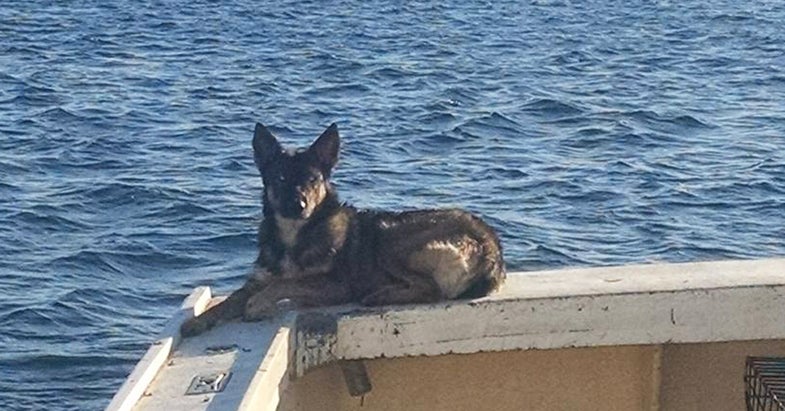 According to CBS, on February 10, Nick Haworth’s German shepherd, Luna, disappeared from a commercial fishing boat he was working on off the California coast. Haworth suspected that Luna had slipped overboard, but saw no sign of the dog in the dark water. He assumed that she was dead, writing on Facebook, “RIP Luna, you will be greatly missed.”

But on March 15, five weeks later—yes, five weeks—naval base employees found a dog on a small island owned by the Navy. It was, of course, Luna. She was skinny, but her tail was still wagging. “This is not a day that we thought would ever happen,” Connor Lamb, Haworth’s friend, told CBS.

The San Diego Union-Tribune reports that San Clemente Island, where Luna was found, is naval property and domestic animals are not allowed, which is why Luna was easily spotted once she sat by on the side of a road. “They literally opened up the car door, whistled, and she jumped right in,” Melissa Booker, Navy wildlife biologist, told reporters. “Everybody loved her.”

Apparently, Luna swam to the island and survived on a diet of rodents until she was found. Haworth’s friend has Luna until Haworth returns from a trip later this week. “Beyond stoked to have Luna back,” Haworth wrote in a Facebook post. “I always knew she was a warrior.”

The Navy sent the German shepherd home with new dog tags that read, “Keep the Faith.”