Last June, a Missouri man grabbed the attention of anglers nationwide for claiming to have caught a state-record catfish. Well,... 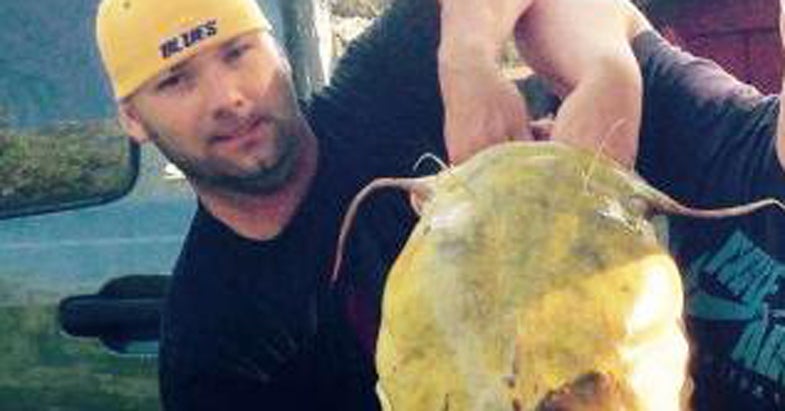 Last June, a Missouri man grabbed the attention of anglers nationwide for claiming to have caught a state-record catfish. Well, the man is making headlines again after an investigation uncovered that he harvested the fish using illegal methods.

The Journal Banner reports that Anthony Stacy posted a photo on his Facebook page last summer, bragging about having caught a new Missouri state-record 83-pound flathead catfish. Stacy claimed to have used limblines and live bait to land his catch, and his story quickly went viral, with several media outlets picking up the story.

But last week, after a long investigation, the Missouri Department of Conservation announced that Stacy’s tale wasn’t truthful. Stacy pleaded guilty to two counts of illegally shooting the 83-pound catfish and a 50-pound catfish with bowfishing equipment. He received a $500 fine. Three other counts of arrowing largemouth bass from Clearwater Lake were dropped as part of the plea agreement.

In Missouri, as in many other states, bowfishermen may target only non-game fish, such as carp and suckers.

“Based on research on other fish taken in our state, I would guess that 83-pound catfish was somewhere around 25 years old,” said Dave Knuth, an MDC fisheries management biologist, in a statement. “Unfortunately, due to the way the fish was taken and that we don’t have access to it, we’ll never know exactly how old it was.”

Stacy’s wildlife recent infraction isn’t his first, either. The MDC notes that he has three prior conservation violations, and an additional 13 conservation cases pending in Missouri’s St. Francois and Jefferson Counties.

“This man’s actions took away the potential for a fisherman to legally catch a once in a lifetime fish,” Tyler Harding, a St. Francois county conservation agent, said in the same statement. “However, most hunters and anglers are law-abiding citizens who want their catches to be ethical. That’s what makes a good outdoorsman and that’s the kind of legacy we need in order to keep Missouri as a great place to hunt and fish.”