Photograph via Joel Ramer/Facebook Late last month, Joel Ramer took his girlfriend mudding outside of Boston in his Jeep and... 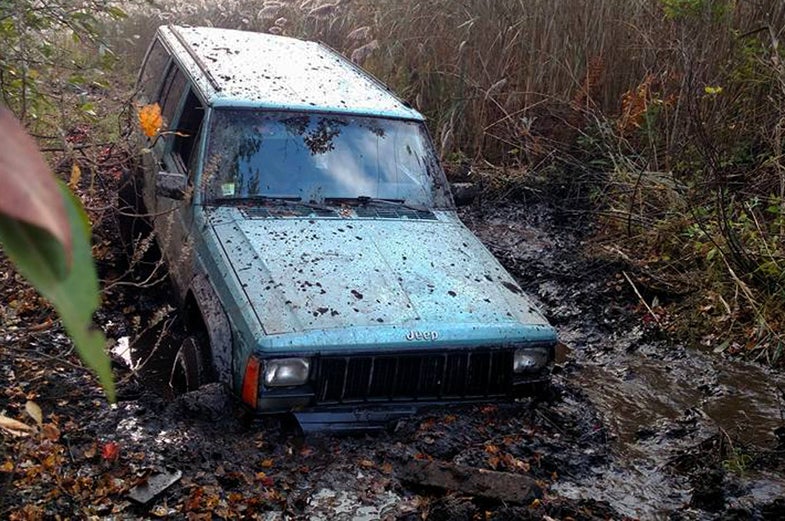 Late last month, Joel Ramer took his girlfriend mudding outside of Boston in his Jeep and ended up so stuck that he needed a tow. Twelve hours later, the Jeep was out, but Ramer was in for a shock. “When I went to pick up the vehicle from Assured Collision, he informed me there was some damage but didn’t go into details,” says Ramer. “He also informed me that the bill was $48,000. I thought they made a mistake.”

Assured Collision claims that the charges are warranted because power lines and poison ivy made towing conditions dangerous for the seven-man crew. Likewise, the company claims that the tow required hazmat suits and that the pictures Ramer took of the scene don’t convey the full danger.

To make matters worse for Ramer, he was arrested for trespassing on private property and for disturbing the peace, and was hit with the bill only after getting released. He claims that the Jeep is now totaled as a result of getting stuck and the tow.

According to WFXT, representatives from the Statewide Towing Association said that some of the charges on the bill do, in fact, exceed industry standards. The Massachusetts Department of Public Utilities has scheduled a hearing with Assured Collision this month for exceeding maximum tow rates, not filing proof of insurance, and for not filing an annual financial form.

USA Today reports that Ramer’s Jeep is stuck again, this time at the tow yard. Ramer won’t pay the bill, so the Jeep remains at the Assured Collision lot with a lien on it.