Have a coyote problem? Get a donkey. No, from what we can tell, this photo isn’t a joke. While they’re... 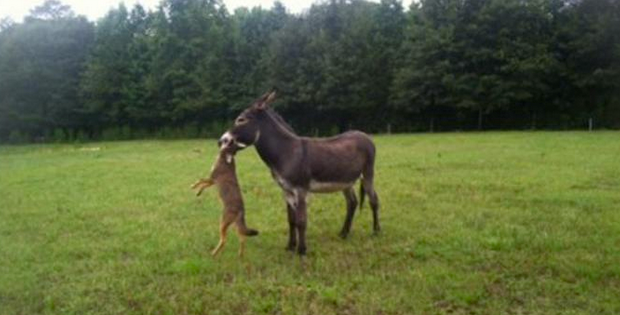 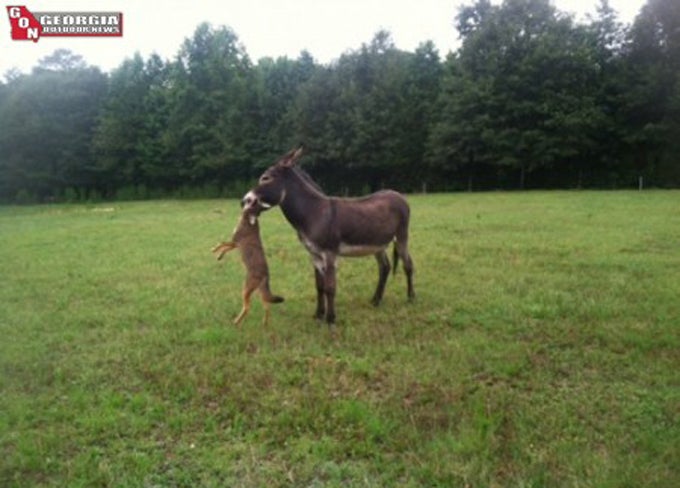 Have a coyote problem? Get a donkey. No, from what we can tell, this photo isn’t a joke. While they’re mostly known for their ornery and stubborn reputation, donkeys also loathe coyotes. In fact, a lone, daring ‘yote in South Carolina recently learned just how hostile an irritated jackass can be, and paid the ultimate price.

Steve Hipps shared the story and photos of his coyote-stomping donkey, Buck, with Georgia Outdoor News.

Buck resides in a small backyard pasture on Hipps’ nine acres in Simpsonville, South Carolina. He used to share space with a girlfriend, but when she moved into another pasture, a bold, daytime-traveling coyote began showing up—and that didn’t sit well with Buck.

“This one day, my cousin, who lives behind me, called at about 6 o’clock in the evening and said, ‘That coyote’s coming through my yard heading your way.’ And we live in a populated area,” Hipps said. “This thing came across the field in broad daylight.”

“By the time I got over there, Buck was stomping the coyote. Then he reached down and picked him up by the neck and started slinging him like a rag doll. I grabbed my phone and got two pictures.”