A Minnesota family is mourning the loss of 34-year-old Jared Johnson after he passed away from carbon-monoxide poisoning while ice... 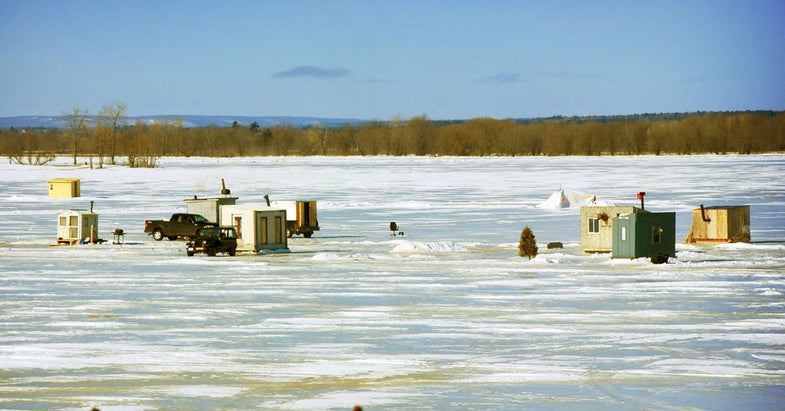 A Minnesota family is mourning the loss of 34-year-old Jared Johnson after he passed away from carbon-monoxide poisoning while ice fishing. In the wake of his death earlier this month, Johnson’s family told CBS affiliate WCCO that, though encountering the deadly gas in a shanty or a tent may seem unlikely, anglers should be sure to properly ventilate their ice-fishing structures.

At the time of his death, Johnson, a firefighter for the East Hubbard County Fire Department, in Akeley, Minnesota, was fishing with buddies on Leech Lake, WCCO reports. According to the Cass County Sherriff’s office, the friends used propane heating devices to warm their fish house, but they failed to properly vent out the fumes. One of Johnson’s friends was taken to the hospital for extended treatment, and the other two were treated and released.

In a conversation with StarTribune, area sheriff Tom Burch advised fishermen on the hazards of carbon-monoxide poisoning, saying: “If you’re feeling sick—upset stomach, dizziness—you need to get out of there and call for help right away… [Carbon-monoxide poisoning] is not as uncommon as you would think. Unfortunately, in this case, someone lost their life.”

Johnson’s family told WCCO that he “was a good friend to many, always helpful, and had a huge smile. Loved by his parents, children, and siblings.” The family is unsure whether Johnson had a carbon-monoxide detector in his fish house but reminds anglers to bring one to help prevent future tragedies.

A memorial was erected at Johnson’s firehouse, where he worked since he was 18-years-old alongside his father and two sisters.