File photograph courtesy of Len Dap/Flickr Local officials in Ellisville, Mo., are bringing in the fuzz to help manage the... 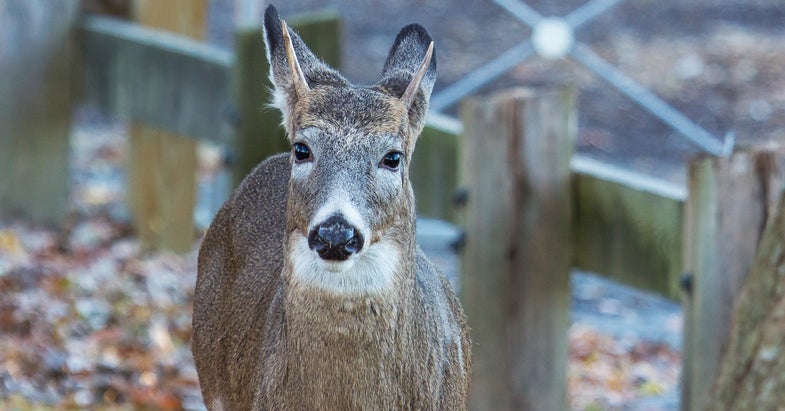 Local officials in Ellisville, Mo., are bringing in the fuzz to help manage the city’s overabundant deer population. Residents, however, are raising concerns about the new​ initiative.

According to ​KMOV​.com, an Aug 19 city council meeting set plans to let two local police officers and one city employee shoot deer to help curb the number in the city. According to Mayor Adam Paul, deer density in Ellisville stands at 52 deer per mile, and the program aims to reduce the herd down to 30 deer or fewer per mile.

West News Magazine reports that the selected plan was one of three proposed to the city council. The estimated price tag of the 10-day culling project is $12,150—for 500 rounds designed to impede pass-through shots, two rifle silencers, bait corn, and overtime pay for the officers and city employee, along with a bonus of $100 per deer shot. Other plans up for consideration were contracting the deer-culling service White Buffalo, but the cost of $300 to $400 per deer killed was deemed too expensive. The third proposed option, allowing resident urban bowhunting, was suspended indefinitely.

Bowhunters were represented at the meeting by Suburban Bowhunters spokesman Lou Salamone, who said that deer control does not fall under the police department’s job description. “They should use the police for more important issues, not hunting deer,” he said. “Do not stop bowhunting, fuel it forward.”

Safety is also a concern. Area resident Joe Schibig is worried about guns being shot in residential areas. “You talk about the kids, a lot of people out working on their yards. I’m not for it.”

According to Ell​i​sville Police Chief Tom Felgate, however, these concerns are unfounded. “The perception that officers are driving around shooting at deer is a big misconception,” Felgate said. “We would choose areas that would obviously be the safest, and that could be from a tree stand so all shots are directed down to the ground, or some place where there is a dirt berm in the background so we know there’s not going to be shots going where they’re not supposed to be going.”

Share the Harvest, a program that distributes hunter-harvested venison to needy families will be the recipient of the culled deer.