In late December, the New York Department of Environmental Conservation announced that it is considering amending the state’s game laws... 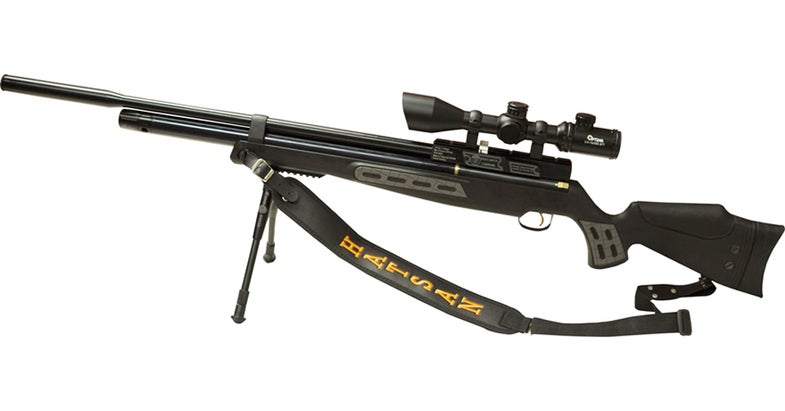 In late December, the New York Department of Environmental Conservation announced that it is considering amending the state’s game laws to allow big-game hunting with air-powered rifles beginning with the 2016 season.

The Poughkeepsie Journal reports that the DEC sometimes adjusts hunting rules to coincide with advancements in hunting technology and that, though small airguns are already legal for hunting small-game animals throughout most of the state, the change would allow hunters to use big-bore airguns in counties where centerfire rifles are already legal.

“The popularity of air-powered firearms is growing, largely because of technological advancements,” DEC Commissioner Basil Seggos told The Poughkeepsie Journal. “These modern firearms produce the force necessary to efficiently harvest big-game animals. In addition, because big-bore air rifles are not as loud as conventional rifles or shotguns, allowing their use may make hunting more acceptable in locations with higher human densities, including areas where deer are overabundant.”

Opponents of the proposal, however, fear that modern air guns don’t have enough power to dispatch a large animal quickly and humanely, a point that animal-rights groups are leveraging in campaigns to quell the proposal. “The DEC should focus its energies on protecting the environment and protecting wildlife, and not finding new ways to harm wildlife,” David Karopkin, director of the animal-rights group GooseWatch NYC, told Public News Service.

To help quantify the types of airguns that would be allowed, the DEC defines a big-bore air rifle as an implement that expels ammunition that’s .30 caliber or larger through a rifled barrel, under the force of a spring, air, or non-ignited compressed gas, at a velocity no less than 650 feet per second.

As Afield on Airguns points out, a handful of states, including Arizona, Missouri, Michigan, and Virginia, allow big-game hunting with air rifles to one degree or another.

The DEC is accepting public comments on the proposal through February 8, 2016, by email at wildliferegs@dec.ny.gov with “air rifle regulations” in the subject line.