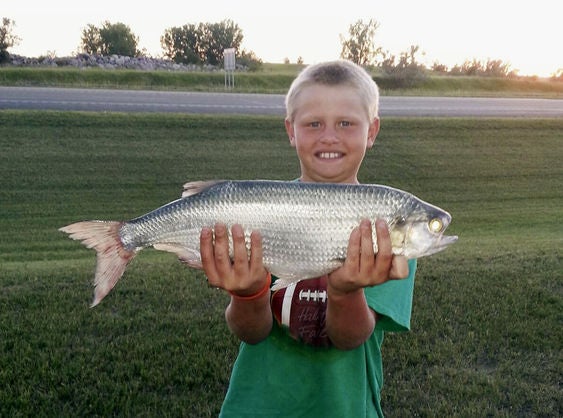 Brayden Selzler, 9, was fishing for bass from a canoe with his cousin on July 25 when he landed the 4-pound, 12-ounce fish. His goldeye shattered the state’s current record by nearly a pound and may outshine the current IGFA world record of 3 pounds, 13 ounces. The goldeye is a close relative of the mooneye and is generally found in turbid rivers or backwaters. Most goldeye don’t weigh more than about a pound.

According to The Republic, Selzler didn’t think much of his catch until he went to shore and saw his father’s excitement. North Dakota doesn’t consider goldeye a game fish.

“We hopped in the pickup and went to Garrison to have it weighed,” Selzler said. “We found out right at the spot” that it was a state record.

If he decides to apply for the world record, he will need to submit line samples and verify the fish was weighed on a certified scale to meet all the qualifications. In the meantime, Greg Power, North Dakota Game and Fish fisheries chief, said it’s exciting to see such a young boy set the new state record.

“Over time I will undoubtedly forget how big the fish was, but I will not forget the boy’s smile,” he said.