Photograph courtesy of Justin Lotspeich Last week, on the last day of Oklahoma’s muzzleloader season, a rancher in the panhandle... 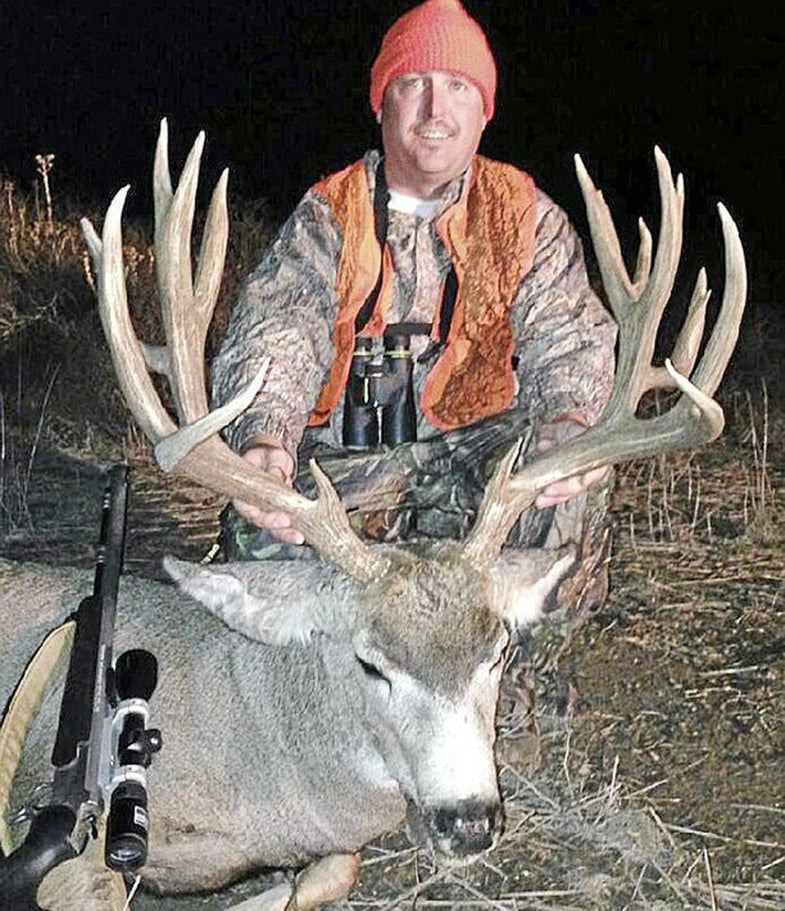 Last week, on the last day of Oklahoma’s muzzleloader season, a rancher in the panhandle of Oklahoma harvested the largest mule deer ever taken on his family’s property—and what may also be one of the largest mulies ever tagged in the state.

Tulsa World reports that Justin Lotspeich was hunting with his father and a friend about 60 miles northwest of Woodward, near the state border, on a ranch that’s been in Lotspeich’s family since 1903. Early in the morning, they used a spotting scope to pinpoint the big deer in a field of winter wheat planted for whitetails “He was backwards to me, and I looked at that rump and said, ‘It isn’t a whitetail; it’s a mule deer!'” Lotspeich said.

Though the trio wasn’t able to get close enough for a shot, later that day Lotspeich set up overlooking the same field to see whether the buck would return. Sure enough, it did. “I put about a mile-long stalk on him,” Lotspeich said. “I got to within 100, 150 yards and that was it.”

Lotspeich went on to say that, though he and other hunters have tagged big whitetails on the family ranch over the years, mule deer are rare in the area, and the family doesn’t see them often. The buck he harvested, however, had been lurking in the area for years. Lotspeich said he’s watched it grow over the past few seasons and suspects the 6.5-year-old animal will score close to 200, which, if confirmed, will make it the third or fourth largest in the state’s record books. “I hunted some in New Mexico, but anywhere you go when you get into that 200-inch range, it’s a big buck,” Lotspeich said. “The last four, five years we’ve had a small herd of mule deer moving around on us. It was kind of a rare thing to have, especially with one of that size.”