PETA Ad Mocks Bowhunter Who Was Attacked by Black Bear

A Washington bowhunter sustained injuries to his leg after a black bear chased him up a tree and attacked him... 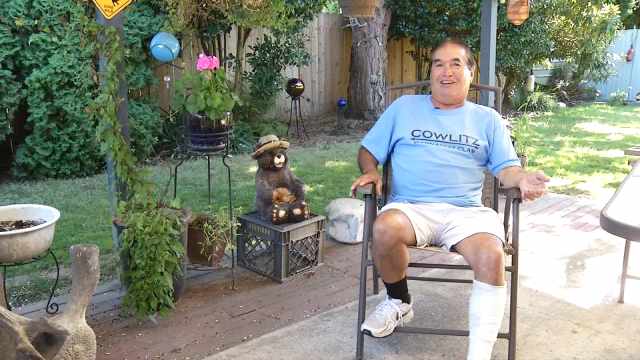 A Washington bowhunter sustained injuries to his leg after a black bear chased him up a tree and attacked him on the state’s September 1 season opener. The hunter is now the involuntary focus of an anti-hunting billboard ad that the People for the Ethical Treatment of Animals (PETA) plan to post in his hometown.

According to an article from The Longview Daily News, 60-year-old Jerry Hause had just arrived in a remote wooded area, where he’s hunted for decades, and planned to drive deer toward his son’s position. “I’d already hiked about three miles, so I sat down to take a break before I tried to push some [game] back to him. I took my backpack off and sat my bow down and as I was sitting there I started looking around and I saw a black head, which I thought was a bear,” Hause said. “I’ve hunted this area for 30-plus years and I’ve never seen a bear up there.”

Hause said he thought the bear was a cub and knew better than to get between it and its mother, so he looked around for an escape route. But before he could slip away, a bear walked out of the creek. Hause said he didn’t know if this bear was the mother or the cub, but it began sprinting in his direction.

Without much time to react, Hause climbed several feet up a tree, and thought he was safe. Then, just as he looked down, the bear bit his left leg.

“I was thinking, ‘If it gets me out of this tree I’m a dead man.’ It was mad; it was growling. It was serious about what it was going to do,” Hause said. The bear tried to grab him with one of its paws, but Hause refused to let go of a high branch and began kicking the bear in the nose with his free foot. Eventually the bear let go and moved off, but Hause stayed in the tree another 10 minutes before hiking back to his truck, where he called his wife and son. He received treatment at a hospital for puncture and scratch wounds and is expected to make a full recovery.

Wildlife officials initially planned to track down and euthanize the bear, but reconsidered after Hause defended the animal’s actions, saying it was likely acting on instinct. “It either had cubs out there or I was threatening its food. It’s bear country. They live in the woods. I don’t.”

PETA told Fox affiliate KPTV last week that it intends to use Hause’s story as fodder for a billboard advertisement. The billboard, which PETA plans to display in Hause’s hometown of Longview, shows a bear biting down on a human leg next to the phrase Payback is hell. Leave animals alone.

Hause admitted that he laughed when he first heard of PETA’s plans, but has since grown upset, especially because he could have legally killed the bear, but chose not to. “This bear was at me and was going to kill me. I have a family,” he said, and added that negative attention from the billboard won’t keep him from hunting. “I’m a Cowlitz Indian, and we hunt. We’ve hunted from the start of time,” he said. “I eat everything I shoot. I love game animals. It’s preservative free and I will continue to hunt as long as I can.”