After pleading guilty to poaching three bull elk—two of trophy class and one 10×9 non-typical that is among the largest... 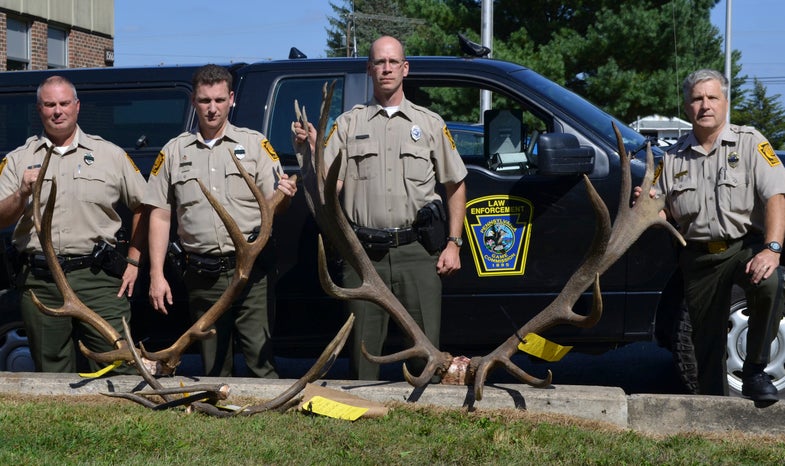 After pleading guilty to poaching three bull elk—two of trophy class and one 10×9 non-typical that is among the largest on record in Pennsylvania—Frank Gordo Buchanan, Jr., 25, will spend three to 18 months in Clearfield County Jail. He will also pay $9,550 in fines for three counts of unlawful taking of big game and one count each of unlawful taking of game, unlawful use of a vehicle to take game, and unlawful use of an artificial light to take game, according to the Pennsylvania Game Commission.

These fines and jail time are in addition to the $11,500 in costs, which we originally reported would be required of Buchanan and his two co-conspirators to replace the poached animals. The two other men charged in the incident have waived a preliminary hearing and will have their cases heard in county court, Penn Live reports.

The poaching activity took place over two nights in September. Authorities were alerted when a local resident found the body of a 4×5 bull elk stripped of its antlers. Six days later, the three men were seen spotlighting from a pickup truck, and wildlife conservation officers caught them with a fresh kill and a handsaw covered in elk hair and tissue. Buchanan admitted to killing all three elk with a 7mm rifle in order to sell the antlers online.