Photograph courtesy of WDNR/Flickr In a move that would have been unimaginable just a few years ago, the Minnesota Department... 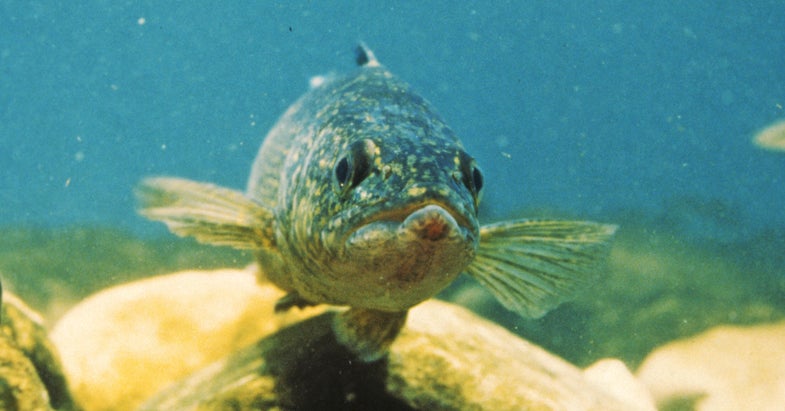 In a move that would have been unimaginable just a few years ago, the Minnesota Department of Natural Resources has called an abrupt halt to the walleye season on Lake Mille Lacs, one of the state’s most popular—and formerly abundant—walleye fisheries. The order, which took effect August 3, makes it illegal not only to harvest walleyes but also to target them. Any walleye caught incidentally while targeting other species must be immediately released.

For reasons not completely understood—and that continue to be hotly debated—the walleye population on Mille Lacs has gone into free-fall over the past several years. As recently as 2012, the harvest quota—divided between sport fishermen and eight bands of Ojibwe, whose treaty rights allow them to net fish the lake—was 500,000 pounds. In stark contrast, the quota for 2015 was a mere 40,000 pounds, with 28,600 allotted to sport fishermen.

To put this into perspective, a DNR biologist told the Minneapolis Star Tribune that not so long ago anglers on Mille Lacs would routinely harvest that much walleye “on a good weekend.”

With more than 132,000 surface acres, Mille Lacs is the second-largest lake in Minnesota. And one of the factors contributing to the decline seems to be that the models used prior to 2010 to estimate the walleye population on this sprawling body of water were flawed. According to the Star Tribune, biologists “now believe they overestimated by a significant margin how many fish they could take from the lake.”

But to the extent that overharvest is a problem, at least it’s correctible. (The largest of the Ojibwe bands that fish the lake, the Mille Lacs Band, has already stated that they will forego any walleye harvest allotted to them in 2016.) An even bigger and more-troubling problem is fewer and fewer young walleyes are surviving to grow to catchable size. And while, again, the reasons are complex and not completely understood, a myriad of suspects have emerged: Invasive species; climate change; a shifting forage base; a growing population of other predator species, such as muskie, northern pike, and smallmouth bass; and the list goes on.

With area resorts, marinas, and tourism-dependent businesses standing to lose millions if the current trend continues, the Minnesota legislature has convened a special working group to try to sort through the issues and determine what can be done to reverse the walleye decline. There seems to be only one certainty: It won’t be a quick fix.