Rockfish Gets Prosthetic Eye to Warn Off Bully Fish

A copper rockfish at the Vancouver Aquarium recently underwent surgery to attach a prosthetic eye. After having one of its... 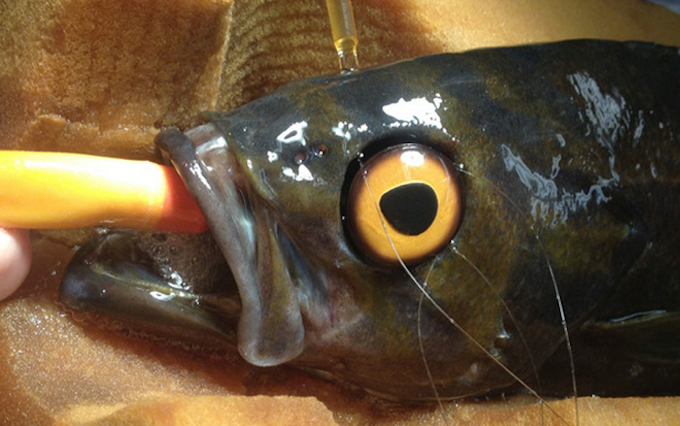 A copper rockfish at the Vancouver Aquarium recently underwent surgery to attach a prosthetic eye. After having one of its eyes removed due to cataracts two years ago, the rockfish was being harassed by other fish stealing its food and attacking from its blind side—behavior that experts deemed as completely normal as species vie for their place in the pecking order. But, as a result, the rockfish had begun to lose its scales and would swim only at the bottom of the aquarium’s 18,000-gallon tank.

According to a Global News story, veterinarians at the Vancouver Aquarium decided to perform surgery and give the rockfish a fake eye. They uploaded a video of the procedure to YouTube last month. The surgery was the first of its kind performed at the Vancouver facility and was deemed a success by head veterinarian Dr. Martin Haulena. The fish’s behavior has improved, and it is now interacting well with other fish.