Wild salmon have returned to a stretch of the Upper Elwha River where they have been absent for 102 years.... 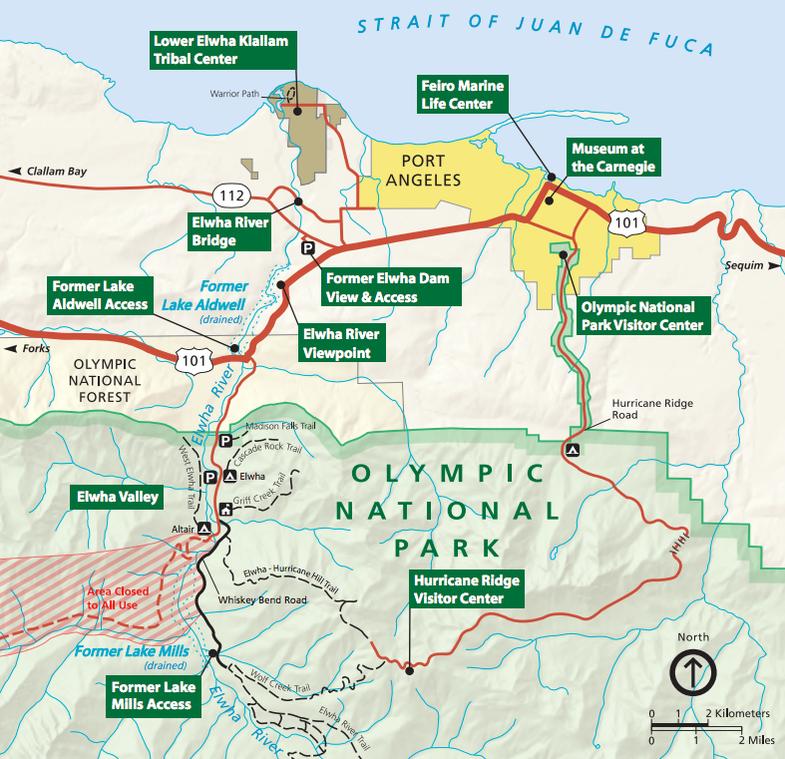 Wild salmon have returned to a stretch of the Upper Elwha River where they have been absent for 102 years. The last section of the two dams blocking salmon from their historic spawning grounds was removed in August, and just two weeks later, a chinook was spotted above the old dam site.

As assistant habitat manager for the Lower Elwha Klallam tribe, Mel Elofson has been working toward the restoration effort for 20 years and was the first to notice the salmon. “I just happened to walk up to the edge of the stream about 100 meters above the dam, and there it was, sitting right next to the bank,” Elofson said.

He contacted Olympic National Park officials to tell them of the sighting, and park service biologists Heidi Hugunin and Anna Geffre conducted a snorkel survey to confirm the species last week. They spotted three adult chinooks between 30 and 36 inches long. “[Anna] spotted the first one,” Hugunin said. “She jumps out of the water, and she’s waving her arms frantically. She starts pointing at the river. We did some victory dancing.”

Huguinin said two of the fish were resting near stumps that had been buried by sediment while the rivers were dammed. “The river has scoured away all the sediment,” Hugunin said. “The banks of the river as it once was are reappearing, and so we are seeing a lot of the pre-dam stumps.”

The salmon runs had been blocked by the Glines Canyon Dam and the Elwha Dam since 1912, and fish ladders had never been installed. According to the National Park Service, this was the largest dam removal project in U.S. history, and work began in September 2011. “All they had to do was open the river, and the fish are drawn to it,” Elofson said. “It’s definitely showing that the salmon are resilient.”