Salmon Spawning in Connecticut Watershed for First Time in 200 Years

In a discovery that’s nothing short of remarkable, biologists have found wild Atlantic salmon spawning in New England’s Connecticut River.... 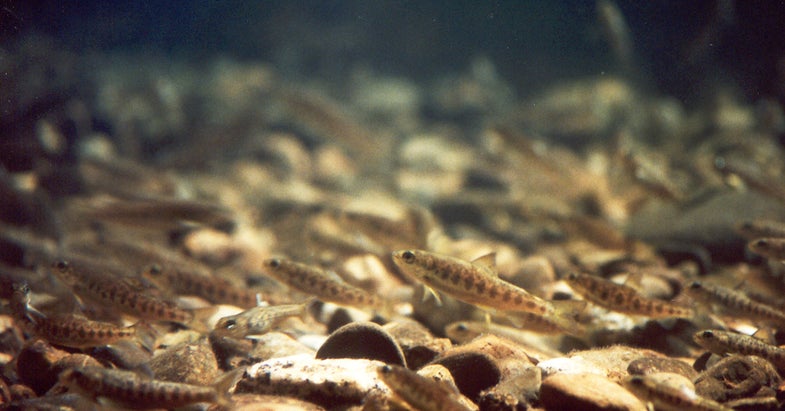 In a discovery that’s nothing short of remarkable, biologists have found wild Atlantic salmon spawning in New England’s Connecticut River. Wild returning salmon have long thought to be extinct from the watershed, and Connecticut Fish and Wildlife reports that this may be the first wild spawning since the time of the Revolutionary War.

Wild Atlantic salmon were once plentiful in the 407-mile-long river, and biologists estimate that before colonization up to 50,000 fish made annual runs upstream. But the species quickly died off after a series of dams blocked the fishs’ migration routes and as the river became increasingly polluted.

Over the years, officials have attempted a number of restocking efforts, the most recent of which ran between 1967 and 2013. The Hartford Courant points out that in 1991 salmon eggs were found on the Salmon River, which flows into the Connecticut River, but, given the conditions, they had “almost no chance of surviving.”

This winter, however, biologists found five adult Atlantic salmon upstream of the Rainbow Dam on the Lower Farmington River, a tributary of the Connecticut, and, later, three redds, or nests, full of eggs. The fish will hatch sometime this spring, likely becoming the first wild Atlantic salmon to spawn in the system in more than 200 years. To help protect the fish and the eggs, biologists are keeping the location classified, but they did post a photo of one of the salmon nests on the CFW Facebook page.