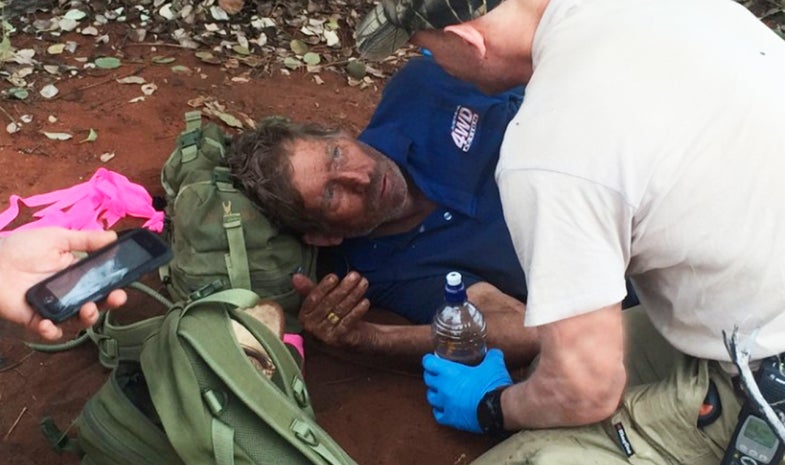 Lost in Australia’s Great Victoria Desert, hunter Reginald Foggerdy survived for six days last month without food or water by eating ants. Foggerdy, who had gone hunting for feral camels—a big problem in the region—in nothing more than a t-shirt, shorts, and flip-flops, became separated from his brother as the pair returned to their hunting camp, east of Laverton, in Western Australia.

The brother reported the 62-year-old Foggerdy missing to police, who then set up a command post in a hunting shack and began an air and land search, aided by aboriginal trackers. As temperatures climbed into the mid-90s, authorities feared Foggerdy wouldn’t survive.

Lost without food or water, Foggerdy spent his days under the shade of a tree and walked only at night. He caught and ate as many black ants as he could but never found water to drink.

As Foggerdy’s ordeal stretched into its sixth day, trackers with the West Australian Police Tactical Response Group found Foggerdy’s footprints and followed them for 12 hours until they found the lost hunter. Rescuers told CNN News that Foggerdy was “dehydrated and a bit delusional,” but he responded to treatment and was able to sit up and talk before being loaded into a helicopter.

Foggerdy is married and has an 11-year-old son. “How you can survive without water and food is a miracle,” his wife, Arlyn, told the Australia Broadcasting Corporation. She also said that she would insist her husband carry a satellite phone on future hunts.