If you live in California and are looking for a lost pet, there’s a fair chance, unfortunately, that it was... 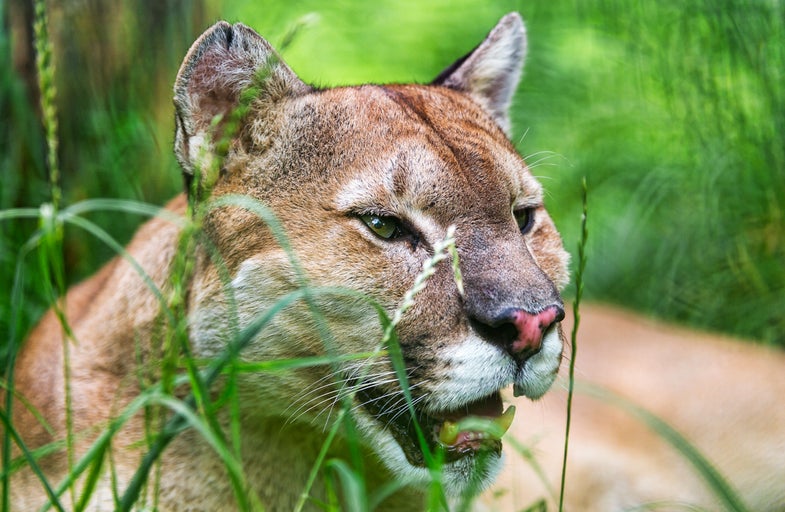 If you live in California and are looking for a lost pet, there’s a fair chance, unfortunately, that it was an easy meal for a lion. A new report by the California Department of Fish and Wildlife says that the stomach contents of 83 mountain lions were largely composed of cats, dogs, and other domesticated animals.

Amazingly, according to the San Francisco Chronicle, the study also points out that, of the lions examined, only 5 percent had eaten deer, a number that may dispell the idea that they’re a favorite cougar food.

Though mountain lion numbers in California are strong, they remain a protected species in the state; the study examined the stomach contents of 83 cougars killed under special depredation permits. Though the study conclusively finds that 52 percent of the lions had eaten cats, dogs, or other domestic animals, it also says that 9 percent didn’t have anything in their stomachs at the time and that 18 percent had stomach contents too digested to identify. If these contents were also domestic animals, then upwards of 60 percent of the lions may have consumed pets.

The CDFW is using the study to alert pet owners to the dietary habits of mountain lions and coyotes, and to advise them on how to keep their animals safe, especially in suburban areas that border open spaces where lions may live. “As a pet owner, you have the responsibility for the safety of that animal, especially if you live in open space or wild animal habitat,” Andrew Hughan of the CDFW tells the San Francisco Chronicle. “When out walking, keep it on a leash… [and] look around, above, and behind you for wild animals.”