Louisiana Sportsman As a result of fortuitous events, Joe Sam Rolfe’s name is entering the Louisiana record books after the... 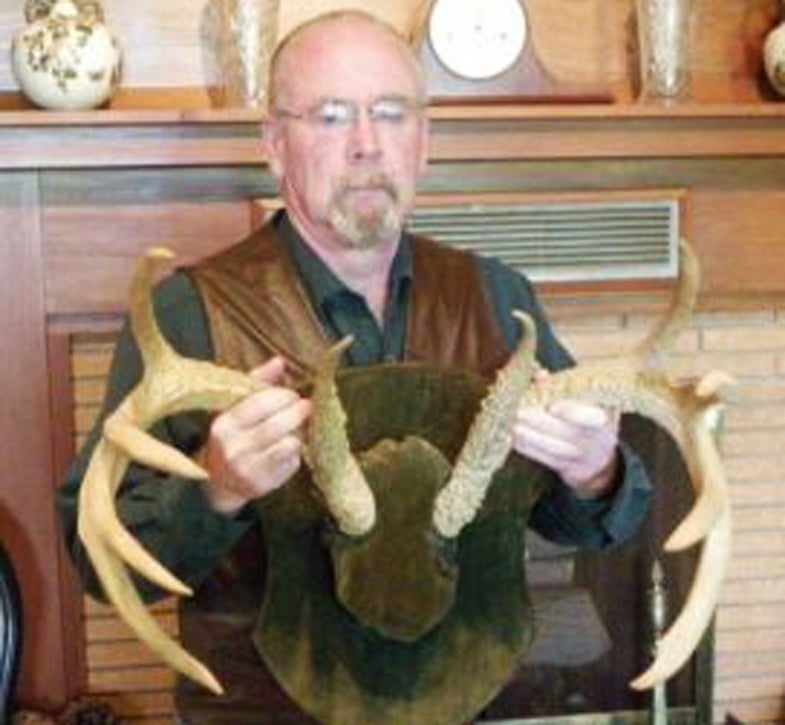 As a result of fortuitous events, Joe Sam Rolfe’s name is entering the Louisiana record books after the rack from a whitetail he harvested 115 years ago recently scored 172 4/8 inches.

Louisiana Sportsman reports that Rolfe’s long journey into history began when he was camping on the Boeuf River in 1900. There, he encountered the big buck, which, in addition to its size, was rare in and of itself, as there were few deer in the area at the time. Though the deer fled, Rolfe was able to fire one shot at it with his handgun, and, despite hitting the deer on its rear, he eventually recovered it. He mounted the antlers and then bequeathed them to his family when he died in the late 1940s.

“The rack of granddad’s buck had been handed down to a cousin who hung it on the wall at the family’s old home place near Oak Ridge,” Rolfe’s grandson Joe Cooper Rolfe said. “When she passed away, another cousin told me if I wanted anything out of the old house, I could have it… I went down (and) collected a few things from the house, including my granddad’s set of antlers.”

Joe Cooper Rolfe inhereted the rack in the 1970s, but it wasn’t until a few weeks ago that he asked his friend Robert Barnham, the Secretary of the Louisiana Department of Wildlife and Fisheries, to rough score the antlers. “I called Robert and asked him if he thought it was too late to have the set of antlers scored,” Rolfe said. “He agreed to take it with him to Baton Rouge and have Scott Durham, an official scorer (with the LDWF), take a look at it. Durham scored the 10-point rack as a typical with the score of 172 4/8.”

The rack is now yellow with age and looks more like an antique than antlers—but the measurements are enough for the elder Rolfe’s deer to claim 23rd place in the state’s record books for typical whitetails—even though the hunter who claimed the trophy has long since passed away.

Read the full story below.