In January, Florida fisherman Anthony Chacour captured terrific underwater footage of speckled trout feeding on baitfish, and the clip is... 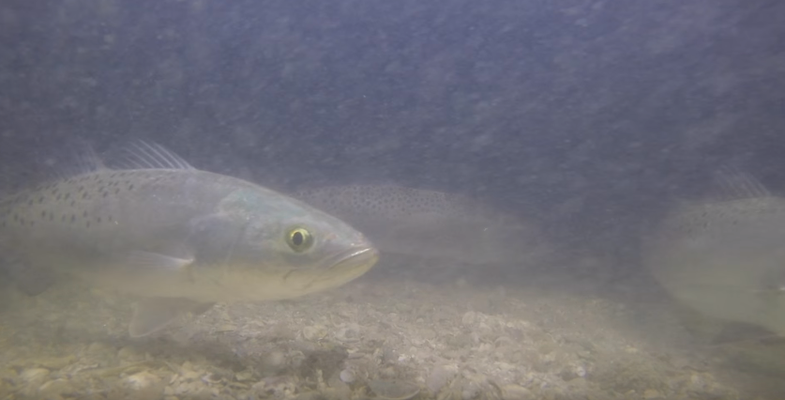 In January, Florida fisherman Anthony Chacour captured terrific underwater footage of speckled trout feeding on baitfish, and the clip is now making the rounds among anglers.

According to the Times-Picayune, Chacour often fishes for speckled trout on the flats near Tampa Bay. One night, he decided to set up a GoPro in a pass connecting the bay with the Gulf of Mexico and to illuminate the area with his scuba diving lights. When he later reviewed the footage, he was elated. Though several species of fish swam past his setup, speckled trout outnumbered them all, and, as baitfish swam into frame, Chacour got to see the fishs’ feeding lightning-fast habits up close. “I was amazed at how quick their reaction times are,” Chacour tells the Times-Picayune. “They looked nice and relaxed, but once baitfish came by, the would spring into action. …Now when I get a strike, I always think of that popping sound they make when catching prey.”