Almost any shopping mall, I think we can all agree, could be improved by stocking it with fish. The New... 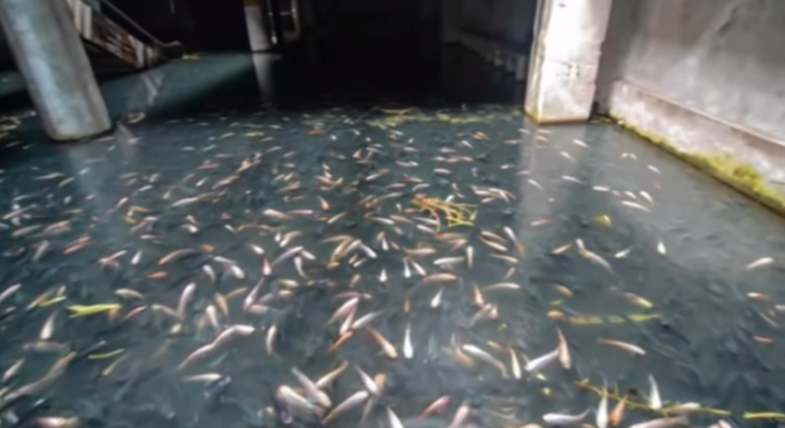 Almost any shopping mall, I think we can all agree, could be improved by stocking it with fish.

The New World Mall in Bangkok, Thailand, has no more human tenants, but it’s home to thriving populations of koi and tilapia. Built in 1982, the 11-story mall survived as a shopping center for 15 years until the Bangkok Metropolitan Authority discovered the owner was only given permission to build a four-story building.

Rather than, say, fine the owners, the BMA then demolished the top seven floors, leaving the structure roofless. The bottom floor filled with rainwater and became a breeding ground for mosquitoes so locals introduced fish to control the insect populations.

The mall remained a local secret until it received exposure on Facebook recently and attracted visitors. In response, the BMA has finally condemned the building and will decide this summer if it is safe for human habitation or will be razed and the fish relocated.