Video: Helmet-Cam Footage of Snowmobiler Buried by Avalanche and Rescued

Snowmobiler Mike Salmon was riding with friends near Afton, Wyo., earlier this month, when he was witness to an avalanche... 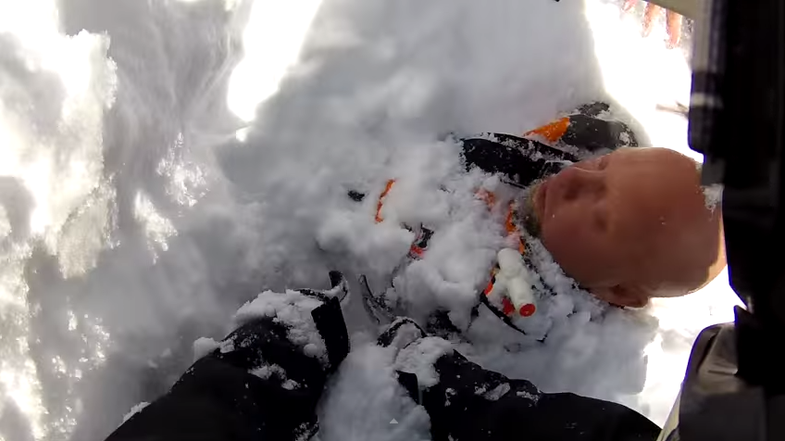 Snowmobiler Mike Salmon was riding with friends near Afton, Wyo., earlier this month, when he was witness to an avalanche and the subsequent rescue of another rider. He later posted footage from his helmet-camera to YouTube.

In Salmon’s clip, his fellow rider accelerates straight up a clear, steep slope, but before he can reach the ridge, fault lines appear in the snow. Suddenly, the mood turns to panic as the man disappears inside a massive swath of white. Salmon and his friends move escape the avalanche’s path and rush to the aid of the fallen rider once the powder stops sliding.

Fortunately, they find the trapped man not far from his overturned machine, near the snow’s surface, and begin working to free him. The man seems to be in shock, but otherwise uninjured. Comments posted to YouTube say that the rider was wearing an airbag device, which inflates to keep avalanche victims near the snow’s surface, but he was unable to pull the ripcord in time.