There are plenty of ways to ruin a fishing trip: forgetting to pack sunscreen, getting hooked in the ear, dropping... 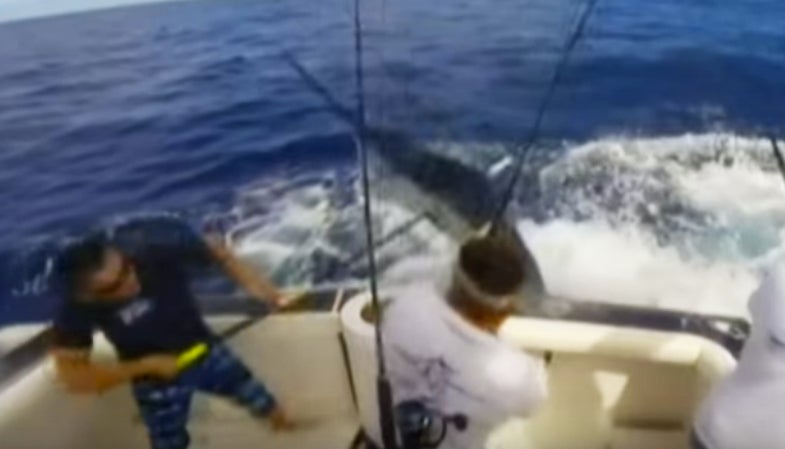 There are plenty of ways to ruin a fishing trip: forgetting to pack sunscreen, getting hooked in the ear, dropping your cellphone into the water. But getting impaled by a 200-pound marlin would be on an entirely different spectrum of misery. And that’s nearly what happened to Australian angler Conor Cogan on January 2, as seen in the above clip.

As Cogan’s friend reels in the impressive fish, it scales the side of the boat and hurls itself straight onto Cogan—its bill just missing him—before it then flips off his back and rolls into the water. Cogan later wrote on Facebook, “[This is] pretty much as close as it gets,” which may be the greatest understatement of 2016 thus far.

Here’s the uncut video, but there’s some cursing in it, so fair warning.