On August 8, Bill Evans bested Washington’s largemouth bass record while fishing in Lake Bosworth. The 12.53-pounder was “too strong,”... 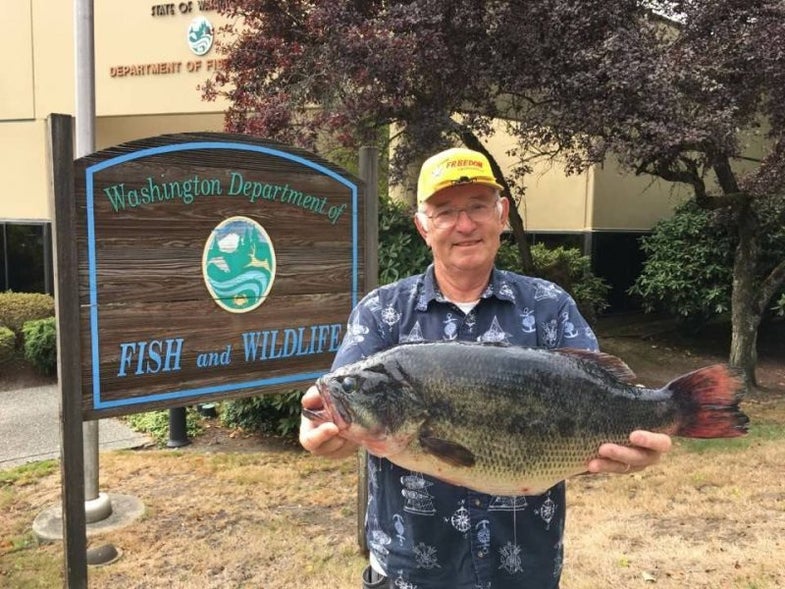 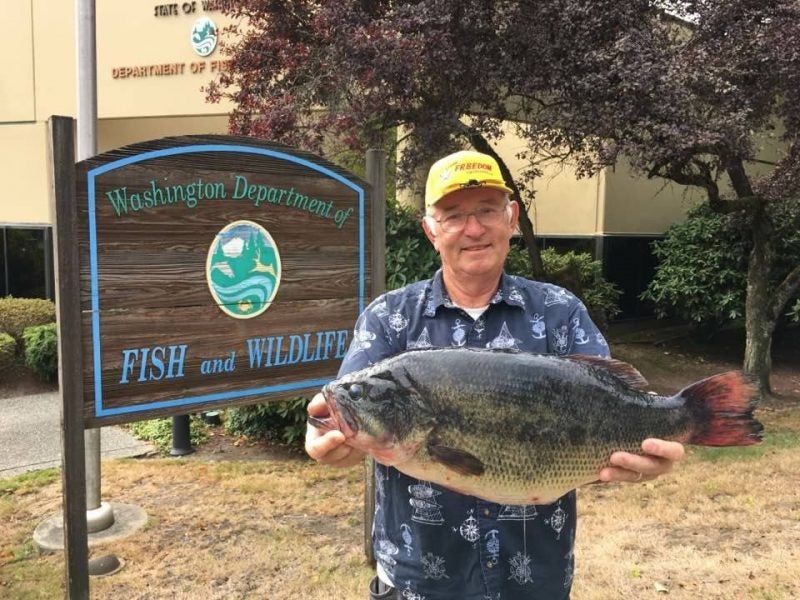 Bill Evans with his record-breaking largemouth.

On August 8, Bill Evans bested Washington’s largemouth bass record while fishing in Lake Bosworth. The 12.53-pounder was “too strong,” Evans told Washington’s King5 News. “I wasn’t expecting anything like that here.”

The previous record was set in 1977, with a fish weighing 11.57 pounds, nearly a pound lighter than Evans’s haul.

Evans, a longtime bass angler, moved to Washington four years ago but had not fished for bass there prior to this summer. Moreover, the day he caught the trophy was the first time he had fished Lake Bosworth, according to the Washington Department of Fish & Game. He was casting a Strike King Shim-E-Stick under a dock when he felt the bass hit. He set the hook and “the bottom started moving,” he told Strike King. He followed the hog with his trolling motor into deeper waters and played the fish for a long time until it finally wore out. Evans then called his wife, and they took the fish to a local Safeway and weighed it on a meat scale.

“Nothing I have ever done fishing has been more exciting than catching that bass,” Evans said. “I think I’m going back to Bosworth tomorrow. I kind of like it there.”