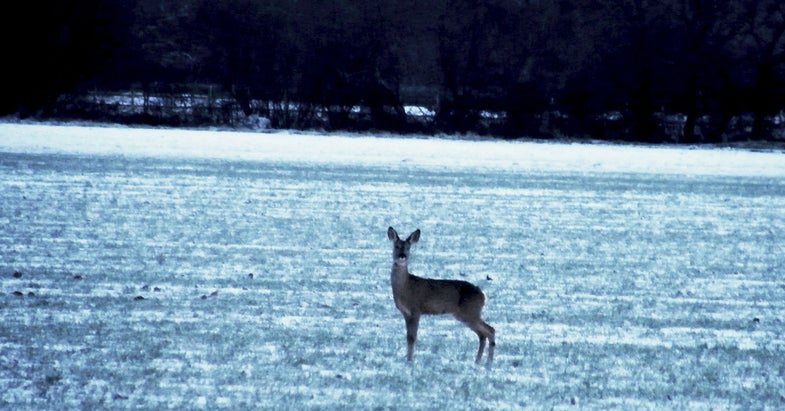 Beginning November 1, members of six Lake Superior Chippewa bands will be permitted to hunt deer at night with spotlights in northern Wisconsin. U.S. District Judge Barbara Crabb ruled in favor of the Chippewa when she declared the night hunt would not pose a threat to public safety. Crabb’s ruling cleared the way for the tribes to hunt at night across 22,400 square miles of their former territory, land ceded to the United States in 1837 and 1842.

For years, the Chippewa had unsuccessfully pushed for night hunting on their formal tribal lands, but once the state legalized night hunting for wolves in Wisconsin, in 2012, the bands renewed their efforts. After two years of appeals, the hunt will begin next month. Participants will have to take an advanced hunter safety course and pass a shooting proficiency test, and during the season they will have to file a hunt plan, use a spotlight, and restrict their zone of fire.

Although it’s unclear how many members of the bands will actually participate, the night hunt will undoubtedly upset some area residents. “There will be a lot of folks unhappy with it in northern Wisconsin,” retired DNR warden and warden supervisor Dave Zeug told the Milwaukee Journal-Sentinel. “Having shots going off at night is not going to make it any easier for law enforcement in the area, either.”