File photograph courtesy of Ian D. Keating/Flickr Rangers at Yellowstone National Park have a simple message for visitors: no more... 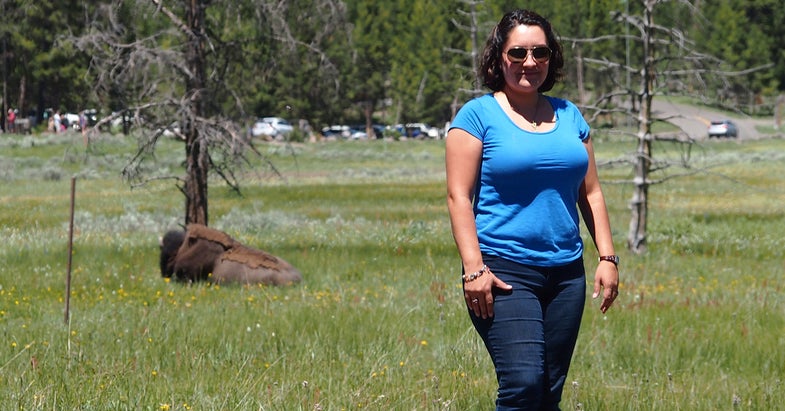 Rangers at Yellowstone National Park have a simple message for visitors: no more selfies or closeups with bison. The announcement follows a recent incident in which a Mississippi woman was attacked by a bison as she and her daughter took a photo of themselves in front of the animal, as the Associated Press reports. The pair was standing a mere 6 yards from the bison when it charged and tossed the 43-year-old woman with its horns. The woman was lucky to escape with only minor injuries.

This summer has seen four other similar instances of Yellowstone bison attacking tourists—but this was the third resulting from visitors taking pictures in front of one. Earlier this summer, a Taiwanese tourist was seriously injured when she stood 6 feet in front of a bison to participate in a group photo, and an Australian man, trying to photograph a bison from 5 feet away, was thrown into the air several times, escaping, incredibly, with only minor injuries.

“People are getting way too close [to bison],” said park spokesperson Amy Bartlett. “[The woman from Mississippi] said they knew they were doing something wrong but thought it was okay because other people were nearby.”

Yellowstone park rangers tell visitors not to come within 25 yards of bison. Also, rangers are handing out warning fliers to visitors that depict a man being flung by a bison to discourage approaching these 2,000-pound animals. Despite the warnings, tourists keep taking pictures with them, though. “A ranger can’t be at every bison all the time,” says Bartlett. “So people need to keep their common sense.”