I’m not a guy who spends two or three grand on electronics, but I still like to have quality stuff.... 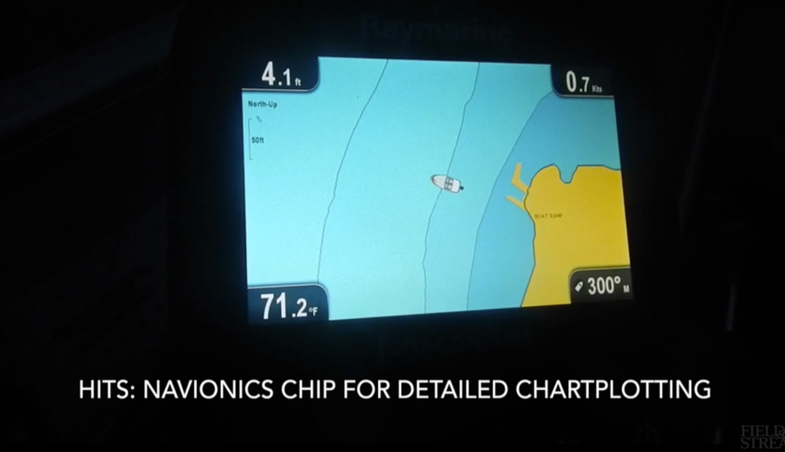 I’m not a guy who spends two or three grand on electronics, but I still like to have quality stuff. For this reason, Raymarine’s brand new Dragonfly series immediately caught my eye. With sonar, DownVision, a charplotter, and Navionics all available in one unit at a reasonable price, I had to check one out.

I tested the Dragonly-5Pro, which is the second-smallest unit in the series. Installation took me less than 30 minutes, and the next day I was trolling for muskies. I spent the entire trip toying with all the features on the Dragonfly. The fish didn’t bite, but I got a great feel for the unit.
Two days later, I was back out casting for muskies on a smaller lake with a buddy, who mentioned how crisp the DownVision was compared to a unit he has that costs several times more than the Dragonfly. Fishing was better, and we managed to stuff a couple muskies into the net.

Hits
The Dragonlfy-5Pro is easy to install, the sonar and DownVision are crystal clear and the Navionics chip provides incredible depth detail. This is a top-notch unit at a phenomenal price.

Misses
The unit lacks side-scan, but that’s about all it lacks.

The Bottom Line
The Dragonfly series is an obvious choice for anyone looking for reliable, high-end sonar without having to invest a month’s pay. If the cost is still out of your range, the Dragonfly-4PRO comes in at just over half the price of this unit. It packs all the same features into a 4-inch screen as opposed to the 5. Or for a few more dollars, you can upgrade to the 6 or 7.