Are You Ready for the Retro Reel Revolution?

Is anyone out there still regularly fishing click-and-pawl reels? I’m not talking about every once in a while, you dust... 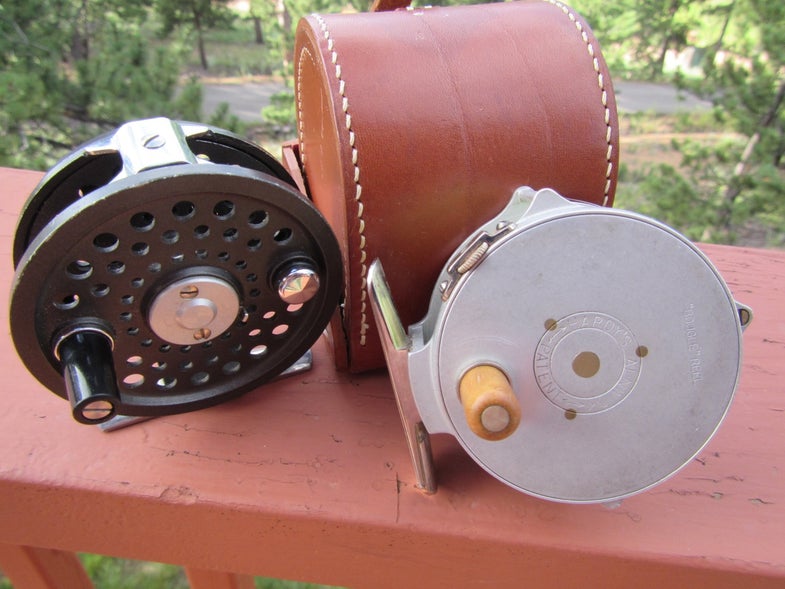 Is anyone out there still regularly fishing click-and-pawl reels? I’m not talking about every once in a while, you dust off the reel you find in the bottom of your gear box and take it to the river. I want to know who among you fishes a click-and-pawl reel as your option A, go-to reel for most of your fly fishing?

Not me. Which is a shame, because I love the simple stuff. And I’m a traditionalist. I have a classic Hardy Bougle’ and an Orvis Battenkill–reels I grew up on–and sadly, they don’t get cranked very much anymore. When I do fish with them, and hook a nice trout, they make noise that is literally music to my ears. You just can’t replicate that with a disc drag.

I also like to palm the reel now and then as I fight fish, though I’m not very good at it. It makes me feel more “in touch” with the trout I battle.

For the life of me, I still can’t figure out, however, why reel companies even bother to put the drag adjustment knobs on those click-and-pawl reels. The difference between fully cranked down (+) and loose spool (-) is so negligible in most cases, I can’t feel it at all. I think the knobs and dials are for aesthetics more than anything. Have you ever “gotten the upper hand” on a fleeing fish by twisting the drag adjustment on a click/pawl? Honestly?

I’m a sucker for technology, and I also truly believe that the sooner you stop a fish and land it, the better the odds of it surviving if you plan to release it. So I tend to fish 3X and 4X tippet (never lighter than 5X), and I crank that disc drag down. It takes a big, strong fish in heavy current to pull line off my trout reels, most of the time.

But I’m starting to change my tune, and am thinking I should work on my reel palming and fish fighting with the click/pawl, rather than using the cruise control reels all the time.

Click/pawl reels are line holders foremost, and noisemakers second. But the price is usually right (much less than disc drags), and with the reintroduction of the Pflueger Medalist I think we might see a “retro reel revolution.” Are you already on board, or will you be a part of it?