In fly fishing for trout, there are certain truths that should be self-evident. You don’t fish with bait in a... 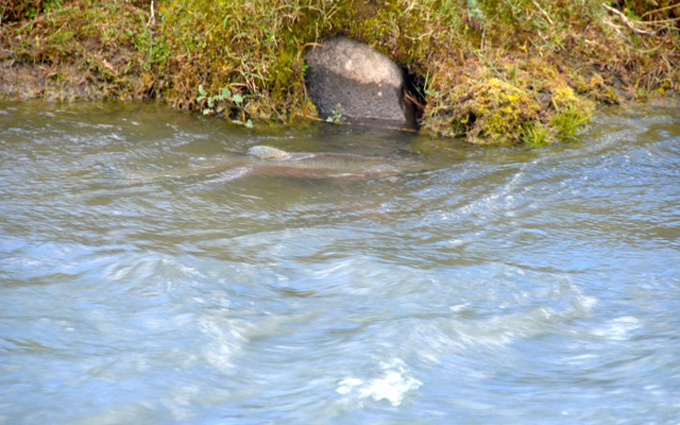 In fly fishing for trout, there are certain truths that should be self-evident.

And you don’t fish for trout when they’re on a redd.

A redd, just to be clear is a spawning bed, and you can recognize them by the bright, clean gravel that’s been turned over. If there’s a big fish on that bright gravel (trout are most vulnerable and easy to harass when they are holding on a redd), please leave it alone. Because that big fish is in the process of making lots of little fish. You don’t need to be a fisheries biology Ph.D. to figure out the benefits of that.

You might not technically be breaking any laws by fishing a redd, but you’re going to anger a lot of others if you do. And yes, people fish for other species during the spawn all the time. But trout aren’t bass. And there are a zillion ways to fish for trout and salmon that may be migrating to spawn. Just try to avoid smacking them in the head with flies and snagging them when they’re doing their thing.

I bring all this up because there’s been a lot of chatter on the Internet recently about certain people unashamedly fishing reeds, and taking hero shots, etc. I’ve been asked about a hundred times in the past week how I feel about all of this. It’s a no brainer. You shouldn’t pound fish on redds, period. And when you’re wading a river during the spawn, you don’t step on the redds when you spot them.

Thing is, it’s not just one guy, there are a lot of gurus, guides, and others who have cashed in by doing it the wrong way. No finger pointing from me. Just a point of view that will hopefully help some of you who wonder avoid conflicts on the river.