By now most of you have heard about the “stages” of being a fly fisherman—specifically a trout fisherman. First you... 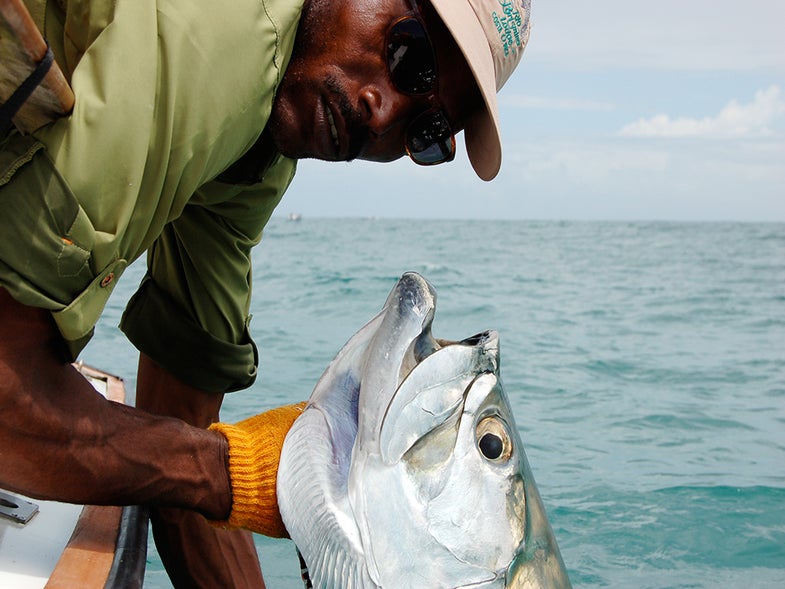 And then, once you’ve done all that, you turn into a Jedi, or a unicorn wrangler, and all you really care about is catching little fish, saving the rivers, teaching junior Jedis how to cast, and being at one with nature. Yeah, right… whatever.

Dollars to donuts, if you give Obi-Wan Kenobe the option of chasing tiny brookies on a Tenkara rod versus slamming a dozen 30-inch rainbows during an Alaskan smolt bust, he’s going to choose the latter, and so would you or I.

On the other hand… there’s tarpon fishing, where there really is a step-by-step progression. Which is not so much a means of measuring progress as it is a means of mitigating failure, (like a participation trophy).

Step 1. You see the fish. Doesn’t sound like much, but it’s usually an “Oh, s…” moment worth remembering.

Step 2. Making the fish see your fly. Not only do you make a cast, you actually get it close enough for the tarpon to see. That repulses the fish, so he gives you the fin and swims away, but you got noticed!

Step 3. Tarpon tracks your fly. This time, they actually wonder. They make a turn. Your cast didn’t stink, but now your presentation does. Bye-bye.

Step 4. Tarpon actually eats the fly. You see that giant bucket mouth open, kind of like watching a silver toilet seat open from the bottom. Now you goof up the hook set, but be proud!

Step 5. You “jump” a tarpon. Nobody counts “jumping” trout, but in tarpon fishing, it’s so hard to actually land a “silver king” that fishing guides started giving out “almost” points. Think of it like a field goal in football.

Step 6. You leader-land a tarpon. Actually crank the fish far enough so that the leader material winds back through the top guide in your rod. It counts! Caught fish! But somewhere in the end game, the tarpon rubs through the leader or spits the fly.

Step 7. Get a tarpon to hand. You do everything mentioned above, but this time, the fish tires out and rolls over just enough for you (or someone) to grab the leader, pull the tarpon alongside the boat, and you grab it by the lower jaw. Nirvana. Top of the game… almost.

Step 8. Multiple landed tarpon in a single day. Once is a treat. Twice is a feat. Three times will hurt you, and leave you wondering why you’re doing all this in the first place.

Step 9. True Jedi. At that point, you really don’t care about hooking another fish. It’s not an altruistic thing; it’s because you just had your ass kicked by multiple tarpon.