The difference between good fly fishing and great fly fishing is often the ability to make big water small. Having... 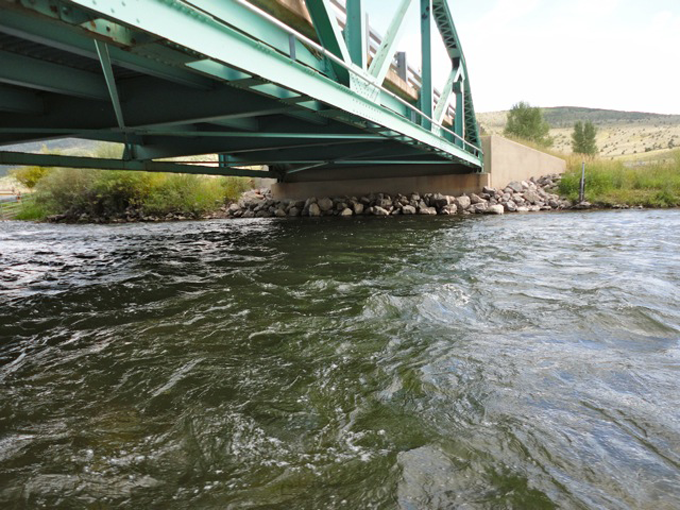 The difference between good fly fishing and great fly fishing is often the ability to make big water small. Having learned on small Midwestern streams, my first forays on big rivers were often intimidating. But over time, I learned to look at a wide river as five different creeks stacked next to each other, and my success level went up.

Now, I am consistently reminded that reading water and anticipating where trout will be holding is often more a matter of inches than it is a matter of feet. In other words, you can make two drifts in the same run, and one won’t work at all, while the other gets bit. Why is that?

Having spent a lot of time under water with a mask on, watching trout eat, it’s easy to notice that the hydraulics in certain runs will collect matter–and food–in specific pockets. It’s also clear to me that fish feel more comfortable in certain areas, as in when they are surfing a hydraulic in front of a rock (the pillow), and staying out of a flume constricted by rocks the angler cannot see from above the surface. Often the difference between point A and B is a matter of centimeters. But that matters, because trout will eat in position A, and ignore your flies in position B, especially when they aren’t really prowling for food, or dialed in on a hatch.

So what’s the lesson?

Don’t fish the same track trough the same run, every time you cast. Look for micro currents, and micro seams–small bubble lines, a color change, or a spot where fast and slow water meet, even within the same run that might be only five or six feet wide. Try to cover every line.

This was particularly clear to me a couple weeks ago when fishing for steelhead in Pulaski, New York. You could make the same drift through the same run 10 times, and then bang, you’d finally get hooked up. Is that a matter of beating the fish into submission? No, that almost never happens. I think it more likely that everything lined up in the micro current, the bug presented in the exact right place, moving at the right speed, and the fish ate.

Same thing two days ago fishing the North Fork of the Potomac River in Maryland. That’s almost always the case out West.

Micro adjustments make all the difference. Sometimes that’s a weight adjustment. Sometimes it’s a matter of taking a closer, harder look at the water in the run you fish, and covering the micro seams.