The caption contest from a few weeks ago generated quite a few hilarious responses, but the reader who got my... 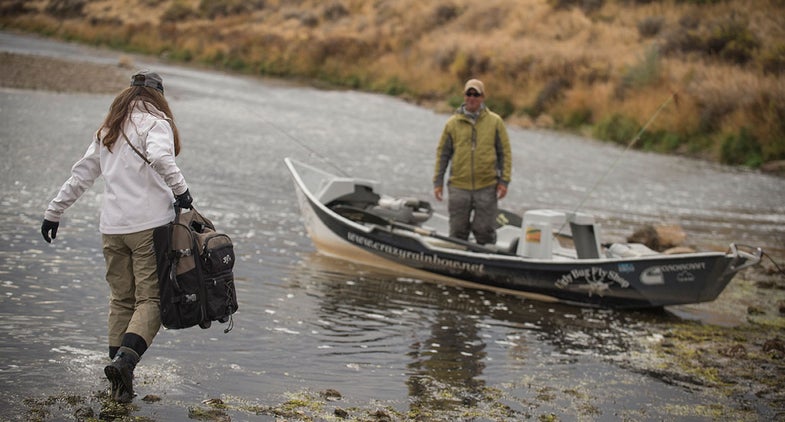 The caption contest from a few weeks ago generated quite a few hilarious responses, but the reader who got my goat the most had not one hilarious response but four that could have won. SGTSLY, you witty devil you. You win the Buff stripping guards, a Catch-a-Lure fly retriever, a pile of Chums eyewear retainers, a new UV Buff, and an Uncle Henry Folding Fillet Knife for your caption that read, “You should see her streamer bag.” The other three by SGTSLY that could have won were, “Trapped in shallow water, he succumbed to the inevitable.”, “Life, as he was accustomed, was over.”, and “And those are just the dries.”

Here are some others that were dang good and had me rolling.

from Rowdy Doggmanwho wrote, “Oh good, you brought the microwave. I was hoping to warm up lunch.”

from UnclePezz who wrote, “We’re gonna need a bigger boat!”

from buckhunter who wrote, “Here’s your clothes, Honey. I met a man with a jet motor.”

from BassFearMe7 who wrote, “Take the wife fishing they said… It will be fun they said.”

from Michael Jones2 who wrote, “Is that all the beer you brought?”

from BAM who wrote, “OMG! Is she really wearing white after Labor Day? Gau-dy.”

from KC Angler who wrote, “Psychologists frequently refer to this as Mrs. Thurston Howell Syndrome.”

from KC Angler who wrote, “He was not at all happy about the airline misplacing his luggage. But he absolutely had no complaints with their lost-and-found return service!”