Is Back-to-Belly the Trout Measurement that Matters Most?

We trout anglers get picked on because we chase fish that are most often measured in inches. “I caught a... 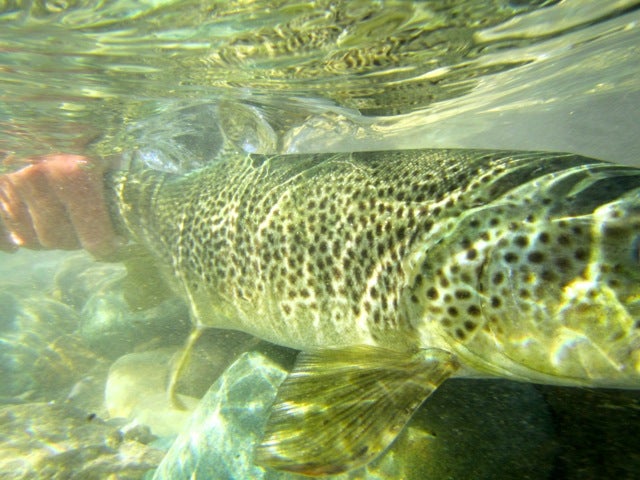 We trout anglers get picked on because we chase fish that are most often measured in inches. “I caught a 20-incher!” just doesn’t impress the bass angler who chases “10-pounders.”

Then again, trout fishing doesn’t have to be about mass. In fact, I think a 10-inch wild, native brookie or cutthroat is impressive on any scale.

Lately, I’ve started measuring fish from back-to-belly instead of nose-to tail. It’s easier. Less fumbling. Better for the fish. I can simply open my hand next to the fish in the net, and knowing what the length from the tip of my thumb to the end of my pinkie finger is, I can gauge in a few seconds.

As such, I’m now in hot pursuit of the “elusive seven-incher.” A real Rubenesque beauty.

You laugh. But think about it. Would you rather catch a 16-inch trout with big “shoulders” and a football profile, or that long, snaky trout that may break that magical 20-inch mark? I have no doubt which fish is healthier… and more often the tougher fighter.