Is Bahamas Flats Fishing Done For?

If you’ve ever had the privilege of stalking a big bonefish on the flats of a “family” island in the... 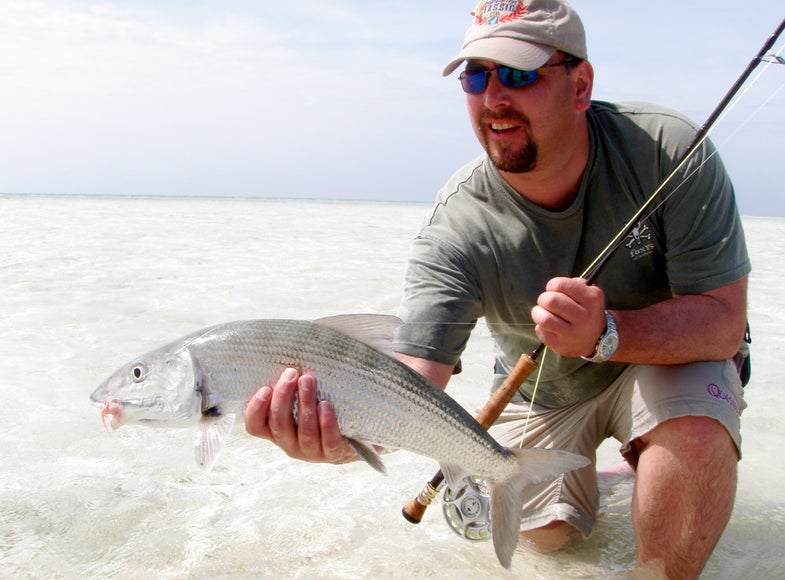 If you’ve ever had the privilege of stalking a big bonefish on the flats of a “family” island in the Bahamas, or dreamt of doing so one day—that might be in jeopardy after some sketchy legislation by the Bahamian government recently came to light. In short, the proposed law shuts down DIY fishing, puts the kibosh on foreign-owned lodges, disallows non-Bahamian boats in the water, requires anglers to hire a Bahamian guide, and charges a daily fishing fee on top of it all.

In fly-fishing circles, the Bahamas are the place to catch bonefish and other salty species. I fished there once, many years ago, and I’ve been wanting to return ever since.

Likewise, flats fishing in the Bahamas is a major economic force, and, barring Nassau, many of the smaller islands would be in real trouble without the inflow of American money from fishing. In my opinion, the government—who seems to be acting in their own self-interest—will hurt only their own people by enacting this legislation, as many non-resident anglers will simply go elsewhere for DIY fishing and guided trips (think Cuba, Mexico, Belize,etc…).

That’s not to say I don’t have a vested interest from a business perspective in seeing the bill fail, too; I have friends that own lodges in the Bahamas. But in the end, the bill smells fishy, and I imagine somebody, somewhere is greasing the wheels. Sure, the proposed measures could be posturing, an attempt to get parts of the bill passed, but if passed, this law would be a bad deal for almost everybody involved save a few fat-cat officials.

For more in-depth info on the situation, check out this piece by Louis Cahill, a friend and a fellow photographer, at Gink and Gasoline, and this piece entitled, “How to Destroy the Bahamas, a Guide,” over at Bonefish on the Brain. Also, you can read the entire bill here.

Most importantly, if you’d like let the Bahamian Government know how you feel, you can email the Ministry of Fisheries at fisheries@bahamas.gov.bs or the prime-minister’s office at primeminister@bahamas.gov.bs. When doing so, please reference the Fishing Resources (Jurisdiction and Conservation)(Flats Fishing) Regulations, 2015. Also, please note that the Bahamian Government made this bill public on the 18th, and voting is on the 29th, so if you feel strongly speak out.