Is It Time for Bobber-Free Water?

In my post about going “bobberless” for a year, I said I don’t have anything against strike indicators, and I’ll... 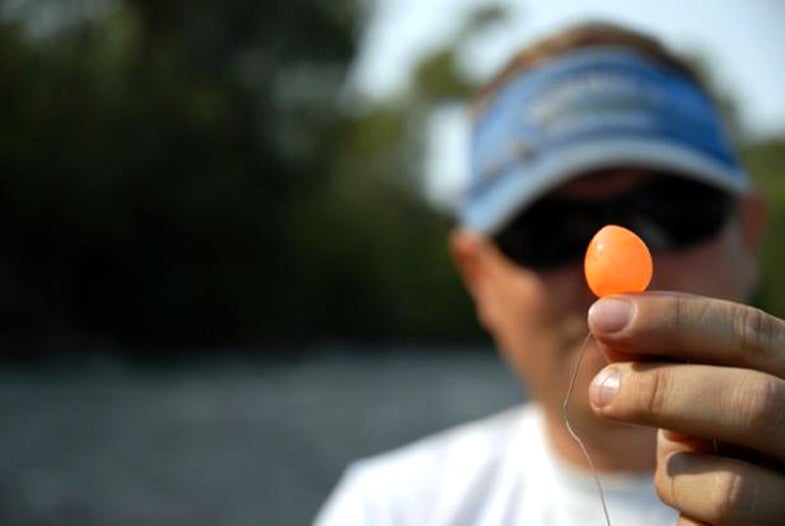 In my post about going “bobberless” for a year, I said I don’t have anything against strike indicators, and I’ll stick to that. But I also said we should think about moderating their use in certain places, or in certain seasons and situations.

Put it this way: Imagine you’re skiing powder. Fresh tracks. Knee-deep champagne. You’re gracefully carving turns down an epic steep, snow splashing all around you…just loving life. But you get a little tired (as powder skiing will make you feel the burn) so you stop to the side and rest. And as you do that, a giant triple-wide snowcat, driven by a 20-something guy with a beard and a trucker hat, comes booking down the run, smashing down all the powder, leaving a perfectly groomed trail behind it. And in the wake of the snowcat are two guys in onesie snowsuits, awkwardly snowplowing back and forth through the fresh groomer. As they move past, you realize the powder is all gone. How would that make you feel?

Well, it isn’t much different than fishing in some quiet eddy, casting at the beaks of big brown trout sipping baetis as a drift boat with some neophyte guide on the sticks steers his two sports right through the run so they can sling egg flies and strike indicators in the water you’re fishing…adios, brown trout! This happens all the time. Last month, for example, I was fishing the Missouri in Montana with my good friend Pete Cardinal. What I just described actually occurred several times, at one point prompting Pete to roll his eyes and shout, “C’mon! Play the game!” Of course, the problem is bobber ball IS the game in many places these days. But I remember fishing the Mo with Pete 15 years ago, and it was an entirely different scene back then. It was all about the “how,” and now it seems to be about the “how many.”

The Missouri has so many trout per mile, it can probably handle all the bobber pressure thrown at it. But that isn’t true for other rivers. The issue is coming to a head on many rivers, and before more shouting and shoving matches break out, maybe we should consider some options.

Option one is to designate certain stretches of water where strike indicators aren’t used at all. In skiing, they just don’t groom certain runs, and that leaves people space to do their own thing. Maybe we need more “ungroomed” water, at least in some places. You can fish dries, dry-dropper, streamers, Euro-nymphs, or even nymph rigs—just minus the yarn or balloon on top. We don’t need written rules, or the “bobber police,” just an agreement, a code of conduct.

Option two is to say the DIY people can use bobbers, but if you’re a pro guide, you need to do something else. I’m sorry guides, I love ya, and I’m a former guide myself, but if you’re going to charge $500 or more a day you should be doing more than netting fish. Like, say, perhaps actually teaching people how to fly fish. The best guides already clearly understand that, and some guides I’ve spoken with about this actually embrace the notion, because it takes the onus of having to catch 30 fish or more in a day to claim success. And if Mrs. Client wants to net 30 fish and play bobber ball all day, there should be plenty of rivers where that option is available. Mrs. DIY who has only so many days to fish (unlike you) can do what she wants.

Option three is to make bobbers a seasonal tactic only. High water and peak runoff, sure, fire away with the bobber. Low, clear water, when fish are on redds and spawning, make them eat a dry fly or chase a streamer (or don’t fish them at all). Don’t bonk fish right in their heads when they have other things on their minds. That’s why states and cities close rivers and enforce seasons in many places to begin with.

Oh, I can hear it now: “Don’t tell me how to fish! We don’t need more rules!” And in principle, I agree. In fact, I just said that. But consider the following…

First, in hunting, we have seasons for different methods, with good reason. You’re allowed to archery hunt for elk when they’re most responsive to calls, and I think that a lot of bowhunters (like myself) appreciate the timeframe when they can hunt that way. That doesn’t mean we don’t like rifle hunting, too, though.

Second, when many of the “flies only, catch-and-release” regs were put on certain rivers, bobber ball didn’t exist. Does the triple-weighted nymph rig and strike indicator really conform to the spirit of the rules as they were created in the first place? It’s worth asking.

Third, no matter how careful they are, catch-and-release anglers kill trout. You can handle them with care, and keep them wet all day long, but some fish are still going to die as a result of the fight. Some scientists suggests one in 10 fish or more croak after being caught. So you tell me who’s having a bigger impact on the system, the person who catches a creel limit every now and then, or the guide who’s raking in 50 fish a day with nymphs and bobbers? Maybe anglers who use bobbers should keep the fish and adhere to a limit.

Fourth, I’m 100 percent convinced that in some rivers trout only eat tiny nymph patterns because they are bombarded with nymphs all day, every day. Give them a break, and I’m sure they’ll readjust to eating dry flies. I think there’s actually a “silent majority” of anglers who would be willing to trade quantity for quality when it comes to the fly-fishing experience. Aren’t you a little curious to see what could happen? I’m not for telling people how not to fish as much as I am for allowing people the possibility to fish in different ways.

And fifth, you can call dry-fly anglers snobs, or purists, or whatever, but dry-fly fishing is a dying art, and it’s important to keep it alive as part of fly fishing. At least give the dry-fly people some space to do their thing; they tend to be the most dedicated fly consumers. I don’t think we realize sometimes that in the rush to attract newbies and make the sport easy (everyone is a guide with a bobber) some shops and outfitters might be stepping on the toes of their most faithful customers.

Again, this isn’t a call to ban the bobber outright, and we don’t need to change the rules and regulations. But mark my words if somewhere, on some river, a group of guides and shops, or the local fishing club, or a combination thereof, agree to take bobbers off the water for a certain 10-mile stretch of water, the fishing will get better. And the river will attract a following, and everyone will prosper. And that will be a template that can be transposed from one spot to another. And maybe fly fishing will enter the Age of Aquarius, and we’ll all love each other, and the fish will multiply by millions, and everything will be perfect.

Well, maybe not…but something’s gotta give, one way or another.