My Year Without the Bobber (and What It Taught Me)

The last time I used a strike indicator and split shot on a nymph fly rig was when I fished... 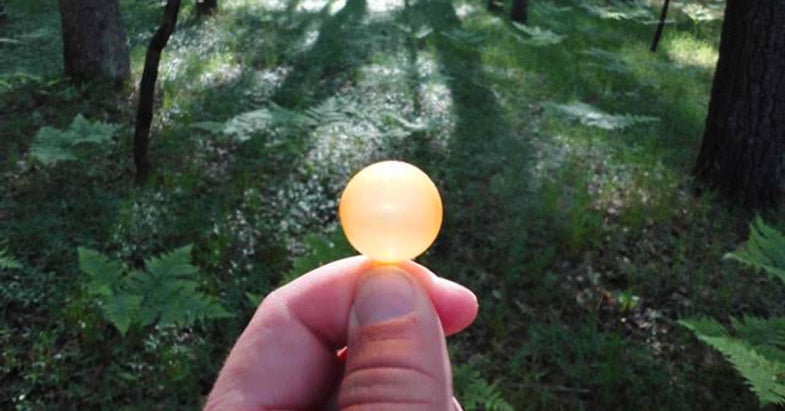 The last time I used a strike indicator and split shot on a nymph fly rig was when I fished the Salmon River, in New York, with my buddy Joe Cermele, roughly one year ago. It was a great time. We had a lot of fun and caught some fish. And for the record, I have no problem with nymphing, using strike indicators, or any of that stuff. I do believe that there are a time and a place for indicator fishing, and that we might want to think a little more carefully about how and where indicators are used (and specifically by whom) but that’s another story for another day. The main point here is that I don’t condemn bobber ball. I just chose not to play it for a year. It wasn’t so much to make a statement, but rather I wanted to see how it would effect my own fishing. Simple as that. Here’s what I found out:

First, I will readily admit that I caught fewer trout this year than I have in past years. This, despite the fact that I think I spent as much or more time on the water than I have in previous years. Blind fishing with a nymph rig and a strike indicator is very effective, and if you want to pull on trout, learning the 3-D game of fishing flies well below the surface is indeed an art in and of itself. I’d be the last person in the world to deny that. And I’ll also admit that there were days when I got skunked, and almost broke down and reached for the bobber. But I didn’t. To be clear, I used nymph patterns often in the past year, but I either fished a dry-dropper rig, swung wet flies, or, on occasion, sight-casted at trout in skinny water with a single nymph.

On the other hand, I think I caught larger trout, on average, than I have in any other season. Maybe that’s because I threw more streamers, and the “bigger fish eat bigger flies” adage proved true. But the more relevant and important factor is that I spent a lot more time sight fishing, picking targets, and making my shots count. By giving up the bobber, this past year became my year of “hunting” trout—and it paid dividends.

I’m a lucky guy, and I was able to kick off my season by spending two weeks sight-fishing in New Zealand in March (their late summer). https://www.fieldandstream.com/blogs/flytalk/dispatch-from-new-zealand-the-keys-to-hooking-trout-in-super-clear-water/ That trip changed my fly-fishing life. I learned so much there, and felt so “liberated” by the experience that I vowed to bring those lessons home and live them. Rather than consider that a one-off jaunt through dry-fly nirvana, I felt like I had gone to fly-fishing grad school, and I was going to apply that degree to American rivers. And it worked.

The funny thing is it took that trip to “grad school” in a stunningly wild corner of the world I had not seen before to return me, philosophically, to a place where my whole fly-fishing journey began. You see, when I started in this game (and I now hate to admit just how long ago that was) we didn’t use strike indicators and weighted leaders, nor even cast nymph flies upstream. We fished dry flies up, and wet flies down. We waited and watched for heads and rings. And we looked for glints and flashes in the river. And when that wasn’t working, we swung black woolly buggers against the banks. Then came the “revolution,” and like everyone else, I got so caught up in catching trout, that I almost forgot how to hunt them. That’s easy to do and totally understandable. Dead-drift nymphing works!

I’d like to tell you that this past year’s experience added 20 feet to my cast, but that didn’t happen. What did happen, though, was that I got more accurate. Because I made my casts count. I learned to wade and sneak into position better. I grew more focused. And I became more of a “predator.” I became a far better angler than I was, in one year, than I had grown as an angler in the 20 prior to that. Henceforth, I will always try to fish a little more in the Kiwi style—or at least in the original style that I learned long, long ago.

Am I going to shun the bobber entirely in 2016 as well? Hell no! And I don’t suggest that you do that, either!

But I will strongly suggest that if you want to get really good at this sport, you need to take off the training wheels and really go for a ride. Not every now and then, but every darn day you get on the water. Dedicate at least a little time, no matter what, no matter when, to truly hunt trout. Look for them, then hit them with dries, streamers, or even a well-placed nymph in the film. Because that’s how you’re going to grow. Blind fishing with a bobber is fun and productive—there’s nothing wrong with that. But if you want to be a great angler, you need to step it up to where you actually see what’s happening and understand why. Even if you catch fewer trout on those precious days you spend chasing them, it will eventually all come back to you. I promise.