Sign of the times, you might say. Newspapers are shrinking. The outdoors beat isn’t an ad magnet, so it’s a... 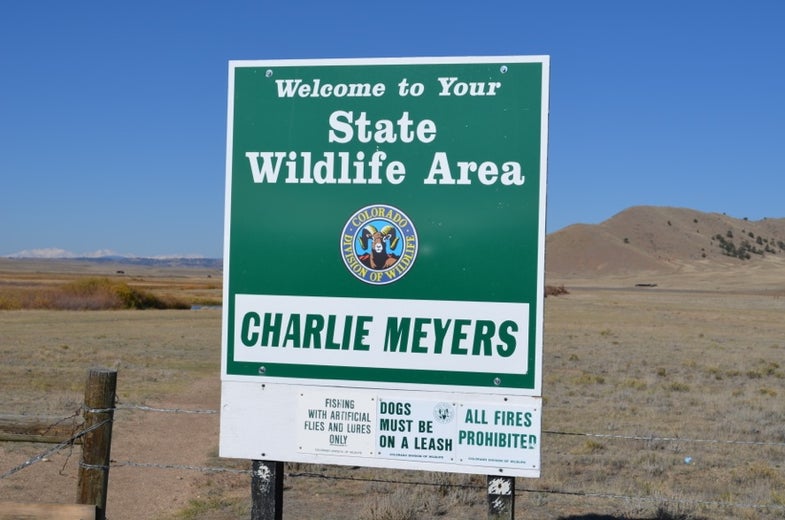 Sign of the times, you might say. Newspapers are shrinking. The outdoors beat isn’t an ad magnet, so it’s a logical section to cut.

But the The Denver Post? Seriously? Denver has always stood apart for its rich embrace of the outdoors ideal. When you count the number of people (millions) in this region, and match that with the sheer magnitude of world-class hunting and fishing opportunities to be had within driving distance, this might be the outdoor sports capital of the world. That’s why I live here. And that’s why the Post has been the standard when it comes to daily newspapers covering the outdoors.

Charlie Meyers was the previous fishing/hunting columnist of the Post, and he was my professional mentor. I loved him like an uncle, and he taught me things I still use in my work every day. The man could tell a story like nobody else, and he kept the policy makers accountable as well. There’s a State Wildlife Area in Colorado named after him now. I don’t know many newspaper writers, from Denver or otherwise, who have monuments like that dedicated to their memories.

Charlie died in 2010. And Scott Willoughby picked up the mantle with aplomb. He’s younger, of course, but no less in tune with the wild places than Charlie was. I’ve fished many times with Scott as well. I think Charlie would have been proud of the work. I was, and am, proud of Scott’s work.

Obviously, I think the Post made a weak decision. Newspapers used to lead, and inspire, and influence public opinion, but some now deal to the lowest common denominator, play safe, and survive as best they can. Maybe we do need more pages dedicated to the Denver Broncos, or smoking weed (legally!) in Colorado.

But I say shame on The Denver Post. I also say shame on all the outdoors companies that could’ve and should’ve supported this standard better.

As I understand it, the Post did give Scott an option—to cover college sports, and move his family (his wife now eight months pregnant, and she has her own career as a nurse where they now live). He said no. Man has guts. He’ll do fine.

Thing is, the Post editors wouldn’t even print his farewell column. I guess they didn’t want to make waves. “Play it straight,” they said. Just move on and hope nobody really notices (we reached out to the Post for a comment, but got no response).

Well, I noticed. Everyone who cares about hunting or fishing should notice when stuff like this happens.

The best stories have always originated in the outdoors.

Be it the fireside tale that never grows old no matter how many times it’s told, or a modern classic born of the latest adventure, the wild outside has always offered the ideal backdrop for compelling drama.

Like the rest of the world, the genre has evolved over time, taking us beyond the campfire to the Ted Trueblood era of Field & Stream, establishing local newspaper legends like Charlie Meyers, Bob Saile and Ed Dentry before making its way to the cutting edge of social media and contemporary brands like Yeti Coolers that urge through advertising: Be the guy with the story about the bear.

Along the way, it found folks like you and me: Drawn in by nature’s allure, hooked by the sensations of adventure, dedicated to enriching and sharing the experience so that others might come to understand our collective passion for the outdoors and embrace it as their own. The stories are the things that connect us best to the land, the water, the wildlife and one another.

As of this week, The Denver Post has decided to do away with its traditional Outdoors pages, and by extension, my position as Outdoors writer, photographer and columnist. I’ve been invited to continue writing stories about Rams, Buffaloes and Falcons, but like those college sports mascots, the gesture feels symbolic at best. In all likelihood, this is the final column, outdoors or otherwise, I’ll be asked to write for The Denver Post.

Among those outside the paper already aware of this decision, the disappointment has been universal. The pervading sense of loss has less to do with me personally than to Colorado’s collective outdoors community as an entity. In the absence of an uprising — and likely even in its presence — the voice of that community expressed for so long on these pages will soon fade to black. So many stories are left untold.

It can be easily argued that these stories of wild places and the people drawn to them are more important now than ever. As our sprawling world grows ever more crowded, battle lines drawn over resources in greater demand, such places offer respite and reward that can’t be found or recreated anywhere else. And they require the voices of those who know and love them best to keep the fire lit.

My ambition is to continue down this path, although where it leads is anyone’s guess right now (and yes, I am open to offers). After more than a decade dedicated to the cause of Colorado outdoors, the mission and message remain as compelling as ever. It’s the job I was born to do.

First though, my heartfelt thanks are due for the opportunity I’ve had to do the job I’ve most aspired toward. While there is much more to achieve, for a time, at least, I could lay claim to the best job in Colorado.

But like the campfire that gave birth to so many stories and outdoor traditions, this chapter is about to go up in smoke. I have no doubt the fire has not gone out, however. The flame will reignite and grow. The stories — maybe even some told by me — will linger. And new ones will emerge.

The void is great. But the tale is never-ending.