The Navy’s GhostSwimmer: A Fish You Don’t Want to Catch

The fish in the video you see here is just about the last thing I’d want to accidentally snag with... 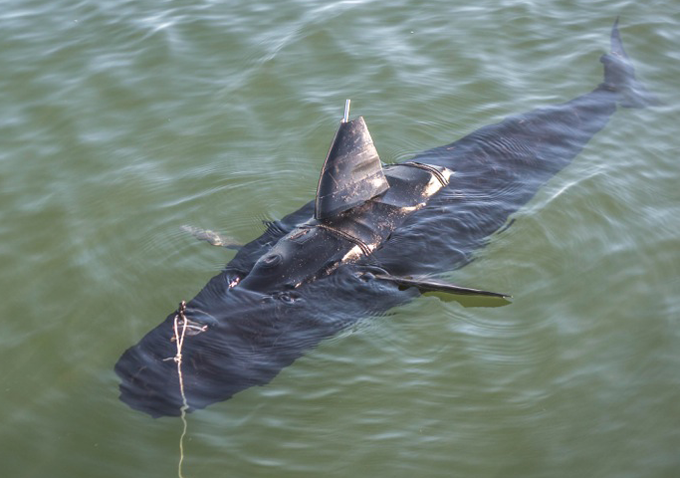 The fish in the video you see here is just about the last thing I’d want to accidentally snag with my 12 weight. The “fish” was conceived by the US Navy in a project called Silent Nemo and, “was developed to resemble the shape and mimic the swimming style of a large fish. At a length of approximately 5 feet and a weight of nearly 100 pounds, the GhostSwimmer vehicle can operate in water depths ranging from 10 inches to 300 feet. Which sounds like a perfect sized fake tarpon or tuna to me.

The Navy wants to explore the possibility of using such autonomous fish for missions that include surveillance, intelligence gathering, hull inspections, and other missions that the “bio mimicry” aspect of the GhostSwimmer can provide. The technology seems pretty cool to me, but If I was in charge of this thing I’d have a hard time not borrowing it and messing with my friends for a day of flats fishing.

What would you do with the GhostSwimmer? Use it as the Navy’s newest surveillance gathering tool or take it on the weekends to mess with your fishing buddies?