What’s the Real Number of Fly Anglers in the United States?

One of the more interesting debates in fly fishing revolves around a simple question: Just how many of us fly... 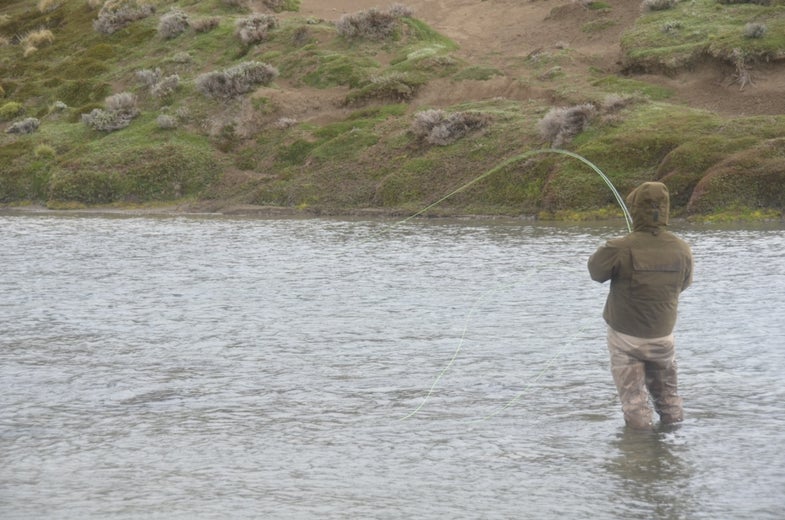 One of the more interesting debates in fly fishing revolves around a simple question: Just how many of us fly anglers are there?

A recent report by the American Fly Fishing Trade Association pegs the number at right around 4.5 million. To arrive at that number, researchers looked at U.S. Fish & Wildlife Service data and factored in fishing license sales, which increased 5.8 percent between 2011 and 2015.

It’s really important to note, however, that that 4.5-million figure includes people who fish only once in a given year. Sure, there are people who consider themselves fly fishermen and fisherwomen who didn’t fish at all last year, so that number could balloon even higher—and it does depending on the source you look at. I’ve seen the number of fly anglers in America pegged as high as 6 to 10 million.

But before you go rushing off to start your new fly-fishing e-zine, publish a fly-fishing book that’s going to make you millions, or start a rod or reel company to tap into this booming market, here’s your reality check: Through Angling Trade talked with the major companies that sell products in fly fishing—companies such as Far Bank Enterprises (parent of Sage, Redington, and RIO), Orvis, and Simms—we know that the major players actually peg the number of fly angler consumers to be somewhere between one million and 1.5 million, or maybe a bit more.

The point is that there are really two types of fly anglers: There are dabblers who may have bought a license and gone fly fishing, then there are the aficionados, who actively fish several times a year or more.

The aficionados actually buy gear, such as rods, reels, lines, and flies. They are media consumers (most of you reading this are aficionados, probably), members of conservation organizations, and so on. Dabblers can make people money (like guides), but they’re typically not big spenders. The spenders actually shell out about $700 million a year on product, which is how we know there aren’t many more than one million to 1.5 million. Otherwise, that dollar amount would be a lot higher, the thinking goes.

This leads us to an interesting question that’s starting to get more and more attention as we assess the true health of the market. I used to be one of those who felt that recruiting new people to fly fishing was really important. The more who fish, the more who care about rivers and want to protect them. The more consumers, the better the product development. I’m willing to give up a little space in the river for a broader contingent of anglers with shared ideals and so forth. _Makes the sport healthier, _or so the logic goes.

Now, however, I am wondering if the focus on the total number of participants is actually a detriment to the number that matters most. Does a boom in dabblers actually affect a decline in aficionados? There’s no gentle way to say it: Are we losing conservation donations, and product sales because some of our rivers are choked with people who really don’t get fly fishing, don’t care about it, and aren’t coming back any time soon? Sure, a boom in dabblers is good for some guides, but is it good for anyone else? I fully understand you have to start somewhere, and you can’t become an aficionado unless the pilot light gets lit.

But I’d say until we get a real firm grip on whether or not the number of serious anglers is growing or shrinking, and, more specifically, what the relationship really is between dabblers and aficionados, we won’t have a real, honest assessment of the size, or, more important, the health, of fly fishing in America.

There’s no gentle way to say it: Is there any money in one-day, pay-to-play angling for anyone but guides and outfitters?

The manufacturers in this market are sharp enough to tune into that. And this year, I’m seeing a shift in product development that clearly indicates how manufacturers are focusing on the “base.” In 2017, you’re going to see more high-end rods, reels, and performance outerwear with very specific applications. You’re also going to see more reasonably priced product that rifle shoots toward specific growth segments in the market, particularly women anglers and youth anglers. Some examples: Orvis is coming out with a high-end, made-in-America reel that’s probably the most premium model it has marketed in years, with a price point north of $600. But the company is also going to balance that with a lower-price-point model. You’re going to see Simms make its first foray into down insulation, but you’ll also see Simms make a strong push with a new wader line that costs less than “pro” models do but still more ($300) than what people will spend for one day of fishing per year. Sage has a new rod to offer; I’m not ready to talk about it yet, because I’m still fishing it and forming opinions, but the first word that comes to mind is extraordinary.

Stay tuned, it’s going to be an interesting few months ahead.