There are a lot of people who think the fly-fishing world would benefit greatly if we have more major competitive... 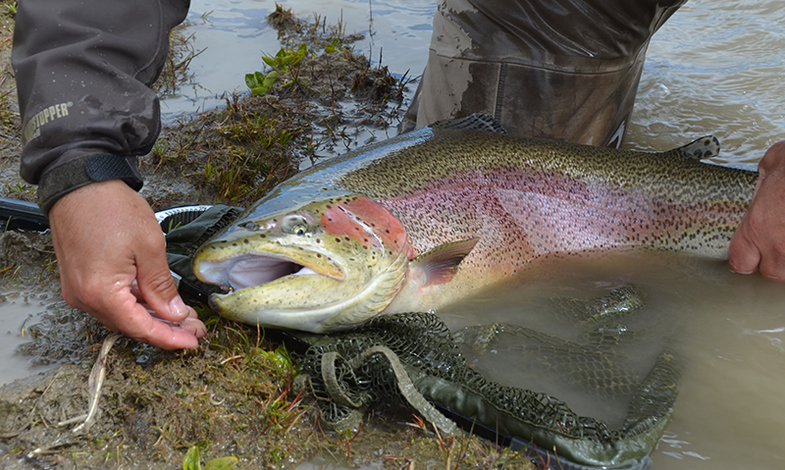 There are a lot of people who think the fly-fishing world would benefit greatly if we have more major competitive events. Heck, just look at the thousands of people–including many young anglers–who flock to the weigh-ins at the Bassmaster Classic and it’s easy to see how Ray Scott’s vision for pro bass fishing ignited that sport. More participation leads to more products sold, sure, but it also leads to more interest in the waters, One might even suggest that the added exposure helps foster fishing culture as a whole. Indeed we now have a Pro Fly Angling Tour (Tim Romano posted on that last year and lit this discussion). I want to revisit that topic. Because as a lifelong fly angler, and someone who has covered the Bassmaster Classic,I’m just not sold on the notion that trout tournaments in rivers are ever going to really, um, fly. And I’m not sure that they should if they could. Here’s why…

1. The Fair Factor. It’s one thing to launch 50 bass boats from the same point on a lake that spreads for miles in different directions and say, “have at it!” then watch the competitors go tearing around at 70 m.p.h. to find their fishing spots. That’s a level playing field. The bass pros pre-fish these lakes (and river systems) and get an idea of what they want to use and where they want to go, long before the starter’s horn ever sounds. It’s on them to come up with the best plan, and get to the right spot. Everyone has options. No matter how you slice it, there are certain runs in a trout river that are going to hold more fish than others. The “honey run” is going to be the honey run all day, every day. So what do you do, fire a gun, and watch 50 anglers waddle off in waders across an open field toward the run? Then it becomes a test of who the fastest wader-runner (or best tackler, or wrestler) is, not necessarily the best angler. You can do a blind draw, but that’s 100 percent luck. You can have anglers earn their beats through preliminary casting competitions, but that’s really a casting challenge then, right? (For the record, I think casting competitions are fantastic and fun… and I support them 100 percent. But they are casting competitions, not fishing competitions.)

2. Trout Are Fragile. No matter how gentle we try to be in handling and releasing trout, catch-and-release anglers kill fish. That’s a proven fact. And the more we measure and handle the fish, the worse that gets. So how do we balance the tournament concept against the notion of protecting and conserving a finite resource? Maybe we’re talking out of both sides of our mouths, and trout tournaments should be catch-and-kill. Or maybe catch-and-release trout pros can indeed lead by example. I don’t know. But just from a pure biology perspective, I don’t believe that trout are the right fish… they aren’t the “horse for this course” like bass have been.

3. The Ethos Factor. Taking that a step further, if the goal of tournament fishing is to generate exposure and interest, is the mad dash for pounds and inches really putting our best foot forward? I know some of you disagree with me when I say that fishing shouldn’t be as much about how many and how big, as it is about how-to, and more importantly, why? I get that anglers of all levels see fish size and bag limits as benchmarks, sometimes to the point that we don’t even care about what we’re catching. But what happens after the runs get pounded, and the fish get hammered for a few days? Do you want to share your special river with the touring pros? Do you want to be guiding that water, or enjoying a fishing vacation with your son or daughter in the aftermath of all that?

I’m not trying to rain on anyone’s parade, but I think we need to take a hard look at all of this. I’m certainly willing to listen. I’ve said for years that fly-fishing tournaments on trout rivers are great fundraisers and social events. If you really want a fair, professional fishing competition, though, do it on a lake. And chase carp. It’s harder to kill carp, and they’re everywhere. Moreover, carp are more difficult to catch than trout are most of the time. Not only would that be, in my opinion, a more realistic and honest way of measuring “pro level” skill, it leaves rivers in better shape for people who just want to wade into the water, make a few casts, and maybe hook a few hard-earned trout on flies. I’m mostly interested in promoting that aspect of the sport.