Bourjaily: In Memory of Michael McIntosh

Shotgunning lost its most lucid, literate writer over the weekend when Michael McIntosh died suddenly at age 66. Author of... 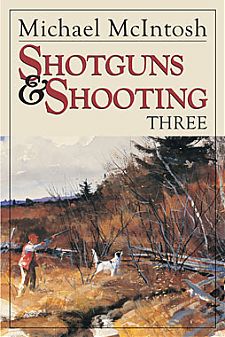 Shotgunning lost its most lucid, literate writer over the weekend when Michael McIntosh died suddenly at age 66. Author of many books, including the classic Best Guns, three volumes of Shotguns and Shooting, and an excellent biography of A.H. Fox. He had an English professor’s love of language and a scholarly interest in history and while he could write well about any subject, we are fortunate that shotguns and shooting were his passion.

I only met Michael a couple of times, on both occasions we were in his element: there were shotguns, plenty to shoot them at, and single malt scotch afterwards. He was a good shot and a gentleman as well as a fine writer.