The 5 Best Low Recoil Shotguns Ever Made

Looking for the softest shooting shotgun? Here are 5 great low recoil semi autos to choose from 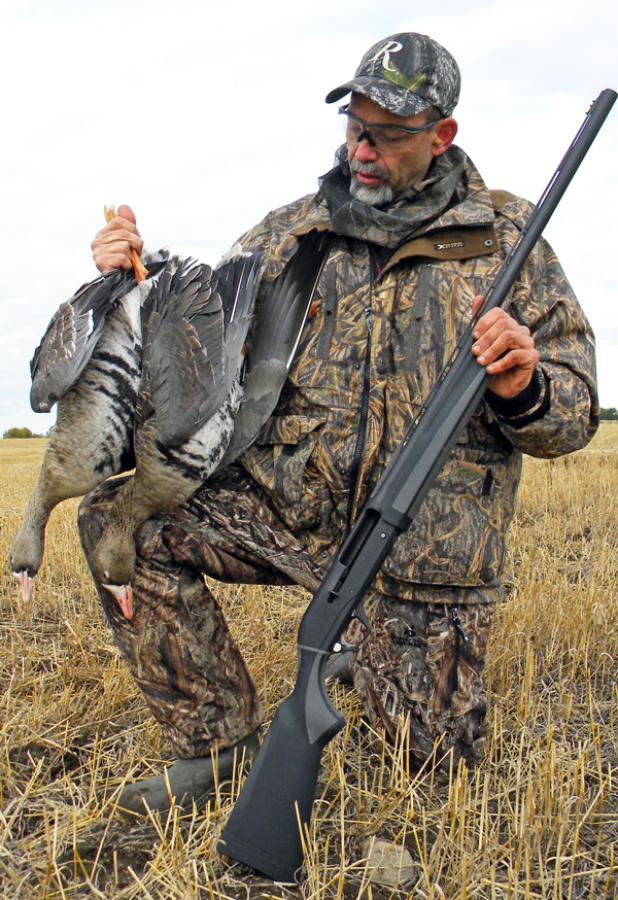 Whenever I write about semi auto shotguns, the subject of recoil reduction and the question of which is the softest shooting shotgun always comes up. Recoil matters because, all other things being equal, the easiest shotgun to shoot is the one that doesn’t beat you up.

However, semi autos reduce felt recoil (aka “kick”) by spreading the recoil impulse out over a longer period of time. Generally speaking, gas operated semi autos offer the most recoil reduction although not all reduce felt recoil equally. Here’s my list of the softest shooters. Your shoulder may disagree with mine. For instance, I shoot Beretta 391s a lot and like them, but I don’t think they reduce recoil as much as do other gas guns. I also think Benelli’s inertia guns get a bad rap for recoil and aren’t that painful to shoot unless you insist on firing 3½-inch shells out of them, at which point they hurt, because they are light guns. All of that said, here are the best low recoil shotguns that I have used.

The whole Browning and Winchester Gold/Silver/Maxus/Super X2/X3/X4 family are almost as soft-shooting as Remington 1100/11-87s. The X2 always felt the mildest to me because it weighed more than any of the others. Although not a sporting gun, Benelli’s gas operated combat shotgun is very soft kicking. I have only fired one once but when I did I emptied an extended magazine-full of high velocity buckshot and was surprised how little it kicked and how easy it was to keep on target.

With the optional Kick-Off recoil reduction system, the A400 (especially the heavier Extreme waterfowl gun) comes close to being the softest shooter of all. Without Kick-Off, no so much.

The 1100/11-87 series are heavy guns with a gas system that reduces recoil noticeably more than almost any other. The 1100 is the original soft-shooting gas gun. Almost 60 years after its introduction, it’s still among the most pleasant of semiautos to shoot.

Both of these guns weigh 10-11 ½ recoil-soaking pounds, feature gas operation, and don’t hurt in the least to shoot. Pull the trigger, and you feel a gentle but powerful push, as if a giant has laid a finger on your shoulder while asking you to take a step backward. When my younger son was 12, I let him shoot a bunch of clays with an SP 10 and hunting loads. He giggled at the way the targets disintegrated but the gun didn’t hurt. The SP10 is no longer made but can be found on the used market. The Gold 10 hangs on, albeit in a slightly lighter, and therefore slightly harder-kicking, alloy-framed model.

Fabarm’s XLR5 is as beautifully polished internally as any semi auto I’ve ever seen. Whether or not that has a thing to do with recoil reduction, the gun is a very soft shooter. It’s a 3-inch 12 that cycles even the very lightest loads well. And, as a small bonus, Fabarm’s TriBore barrel profile consisting of a long forcing cone, a middle over-bored section, and a third section that tapers toward the choke, actually has been shown under testing conditions to increase velocity by 30 or 40 fps. You get a little more velocity and a lot less recoil with the XLR5. What’s not to like? The XLR5’s lighter, less-expensive stablemate, the L4S, is a soft shooter, too.

Perhaps because it is a heavier (near 8 pounds) gun, and because its gas ports are located in the chamber (the system is inspired by Benelli’s M4, see above) where they bleed off a lot of expanding gases quickly, and because it has a very thick recoil pad on the butt and in the comb, the Versa Max is the softest-shooting semi auto I have ever tried. It’s a homely gun, but its powers of felt recoil reduction are astonishing.

The lighter V3 is almost as soft-shooting. It has the same gas port arrangement as the Versa Max but weighs less. I have a V3 that I use for teaching new shooters. A low recoil 12-gauge is one of the best guns to learn on, and the V3 isn’t too heavy for most people to hold, yet it’s extremely soft-shooting. Let’s hope Remington starts making both guns again soon.

I’ll say it again: The most effective recoil reducer is a lighter, slower shotshell. It’s simple physics. Ammunition makers like to sell us more and faster, and by and large, they do that because Americans generally believe that more is more. And it is, unless you can’t put it on target effectively. Not only are you more likely not to pick up bad habits like head lifting and dropping the gun from your shoulder if you’re not getting kicked, you’ll find it’s much easier to recover for second and third followup shots when you use low-recoil ammunition. Here are three good choices for a variety of gamebirds.

Despite what you hear, you can, too, kill ducks and geese with modest, 1300 fps loads. Compensate for the lower speed by picking big enough shot, and you’ll be just fine, and you won’t get your head rattled by 3.5-inch recoil, either. I’d go with BBs for geese, 2s for most ducks.

It’s hard to find lower-velocity upland loads in pheasant-appropriate shot sizes, but Federal still offers one. Not only do slower loads kick less, they tend to pattern more efficiently than heavy loads, too.

Essentially a 20-gauge load for your 12, these are a pleasant to shoot and effective on all but the very longest targets. You’ll have to try some to be sure that they cycle in your semi auto, but they are great in any pump or break action, and the even lighter ¾-ounce Elite Low Recoil Training Loads are softer shooting yet.