The Combines Are Rolling. You Should Be Hunting

It has started in the Upper Midwest: the annual harvest of corn and soybeans that busies combines, fills grain bins,... 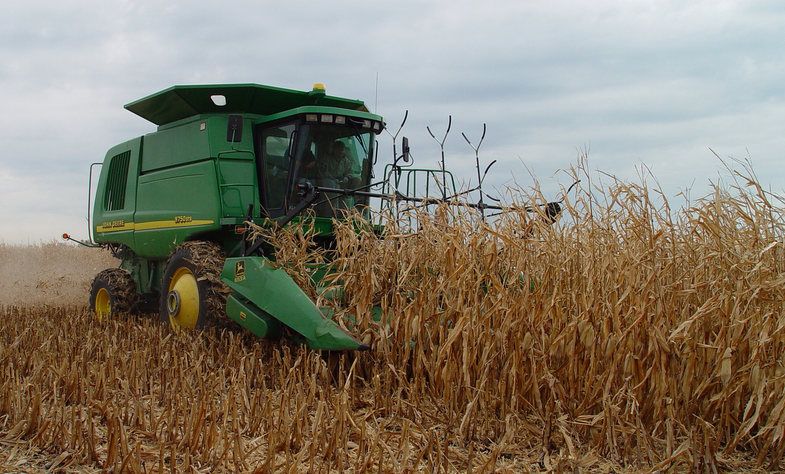 It has started in the Upper Midwest: the annual harvest of corn and soybeans that busies combines, fills grain bins, and helps my neighbor’s farms stay afloat for yet another year. Oh, yes…and can result in some of the best deer hunting of the season, as well as some real frustration.

Here in southern Minnesota, the combines are just now taking to the fields. Farmers who’ve grown soybeans will take them first, followed immediately by weeks in the cornfields. In southern Indiana, the corn harvest is well under way, according to farmer and outfitter Ben Reynolds.

Reynolds, who annually guides bow, shotgun, and muzzleloader hunters to some fine bucks, says he’s been hard at work in the combine and too busy for woods time. That should change in a hurry, once the crops are in.

Savvy guides like Reynolds understand the power of a combined field. Two falls ago, I shot one of my best bucks as he hit a freshly cut cornfield five evenings in a row. That 80-acre ag ground filled up with deer night after night, starting with the first day of the harvest. I’ve always been amazed at how quickly deer find such a hot food source, but the first night I hunted the spot I had a revelation. Stepping out of the truck, I was struck by the heady odor of fresh-cut cornstalks and just-harvested grain. To be honest, the smell reminded me of a distillery…and that’s when a light bulb went off in my dim brain. If I could smell that aroma, what about the deer? With even a decent breeze, I’d imagine a bedded whitetail could get a whiff of corn from hundreds of yards away. Four evenings later, I shot a buck that was on a bed-to-feed pattern, riding a seeming train track to the same field, night after night.

We talk a lot in this space about the importance of staying current with ever-changing fall food sources. Obviously, ag crops are a big part of that picture in this region. And, unlike acorns, or persimmons, or even a bumper apple crop, timing the attraction of when a corn or soybean field is most attractive to whitetails is pretty simple. Watch for that combine rolling toward that field you can hunt, and the rest is just a matter of good stand placement, the right wind, and just a dab of luck.