Photograph courtesy of Len Kahle With snow and freezing temperatures throughout the Northeast this weekend, Massachusetts deer hunters are primed... 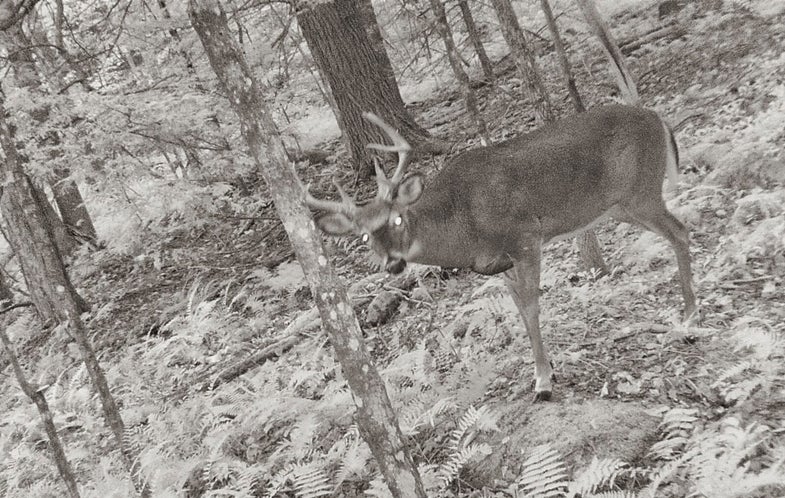 With snow and freezing temperatures throughout the Northeast this weekend, Massachusetts deer hunters are primed for a banner opening day today. The coldest weather so far this year is hitting the region, and parts of the interior Northeast might continue seeing a light dusting of snow.

In other words, cancel your plans and get in a treestand.

The drop-off has been dramatic. Boston, for example, experienced highs in the mid-60s on Friday and lows in the 30s on Sunday. Parts of Maine, New Hampshire, Pennsylvania, and New York saw snowfall this weekend, and more powder might be coming.

The forecast has Massachusetts hunters pumped up for opening day. Len Kahle, of the Hunting Western Mass Facebook page, submitted this report:

The woods are full of food. Acorns are above average, large, and plentiful, and the beechnut crop was also extraordinary. Apple trees are heavy laden, even in the deep woods, and wild grapes followed suit with a strong showing. Shagbark hickory nuts have all but fallen, and even hazelnuts are huge and dropping now. Chestnuts are still clinging to the trees, however, but the forest floor and branches are still flooded with food.

As a result, deer on the cams all look fat and sassy. The buck activity seems to be ramping up early this year, and we are getting reports of bucks caught on trail cams in daylight. Fresh rubs began to appear the last two days of September, and the first scrapes began to a show up the first week of October.

Likewise, does with fawns and twin fawns have been reported, and we’ve seen a lot of young deer, too, contrary to the tough winter and the large bear populations in the state.

It looks as if it’s shaping up to be a banner season.

Good luck out there.