No sooner did I ink my last post, “Bucks Still Running in the Northeast,” that everything shut down. My deer... 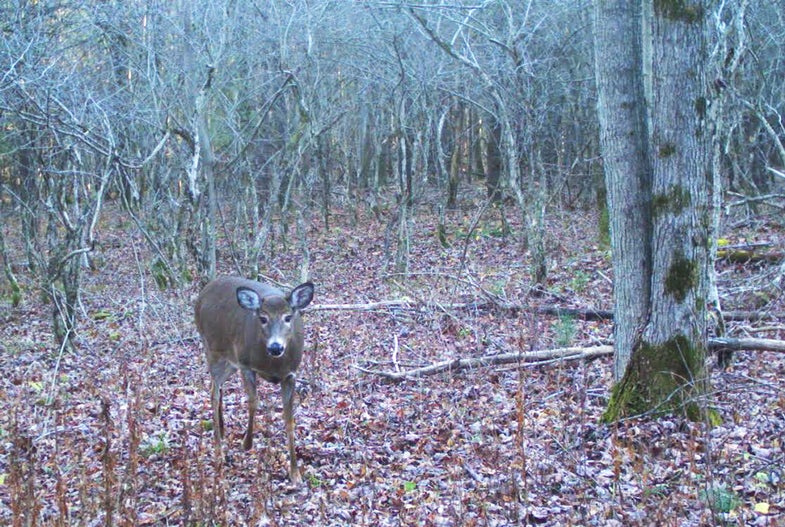 No sooner did I ink my last post, “Bucks Still Running in the Northeast,” that everything shut down. My deer network in several states has noted a huge dropoff in buck activity since Tuesday, with the exception of the occasional small doe/fawn group returning to field edges at last light. Now, a lot of guys with buck tags in their pocket are talking about the “second rut,” but what exactly does that mean?

According to a bevy of fawn-conception studies, the peak of the rut in the Northeast is well behind us. Maryland: November 1 to November 14. Ohio and Pennsylvania: November 11 to November 17. New Hampshire: November 20. But that’s not the whole story.

Dan Bergeron, the deer project leader for the state of New Hampshire, forwarded me a fawn-conception study. For deer hunters, it made for a fascinating read.

Nicholas Fortin, a masters student at the University of New Hampshire, conducted a statewide study that looked at conception rates and dates by analyzing winter-killed does carrying fawns. He divided the state into three zones: the north, predominantly forested hilly to mountainous terrain with large tracts of commercial timberland, plus White Mountain National Forest; the south, which is hilly and forested; and the seacoast, mostly flat with much more human traffic.

Winter-killed does were collected between December and mid-May over three years. The biologists pulled teeth the entire reproductive tract, then aged the deer in three classes: fawns, a half to 1 year old; yearlings, 1.5 to 2 years old; and adults, 2.5 or older. They then tested ovulation rate and determined pregnancy by the presence of an embryo or fetus. If the deer had been savaged by coyotes or mangled in a car wreck, they could tell if she was carrying by whether there were large caruncles (fleshy bumps, like those found on a turkey’s head) on the uterus.

Fetal age could then be determined by measuring the embryo or fetus. Anyone who’s sat in a pregnancy ultrasound to determine his or her baby’s age has seen this happen. Forehead to rump measurements. Crown of the head, etc. Just like with people, when done on deer—minus ultrasound machine, of course—it accurately dates a conception window and a due date.

With adults, they found that the median breeding date, or the peak of the rut, to be November 20. Yearlings weren’t far behind at November 26, but the fawns came in at either December 16 or December 20—a full 30 days later than adult does. Yet some of the yearlings were breed as late as December 22, while some adults stretched it out to January 8—these were outliers, isolated examples that deviated from the norm, but worth noting. The study also found that yearlings in the north bred 14 days later than yearlings in south—December 6 versus November 22. Geography, terrain, and big open country altered conception by two full weeks.

So what does all this mean to us deer hunters?

First off, in the Northeast, especially the north-Northeast, the second rut is very real. Fawns and some yearlings are now coming into estrus and bucks will take notice. Yet the oft-referenced phenomena of adult does “who weren’t bred” coming back into estrus 26 to 28 days after the main rut is much less a factor. It happens, but not all that often.

Second, a lot of the old wisdom about the second rut seems to be supported here. Hunting a spot with a high early doe harvest, potentially holding a lot of orphaned yearlings and fawns, could be excellent. As is hunting the big woods. Generally speaking, focus on small deer and key on their bedding area and daytime food sources. You may just see a big shooter buck that survived the rut make a love-induced mistake that you can capitalize on.

Finally, it’s worth noting that one study does not make a law. But many states have similar reports in their archives, and it’s worth calling your deer biologist and asking for the information in your area. Ohio found, for example, that peak fawn breeding is happening right now, between December 2 through December 8, with outliers running into early February. There’s estrus at work in the deer woods still, it’s just getting a lot harder to find.