Bucks Are Beginning to Move in Daylight

Overall activity status: Activity is picking up somewhat, with slightly cooler temperatures and the beginning of some oak trees dropping... 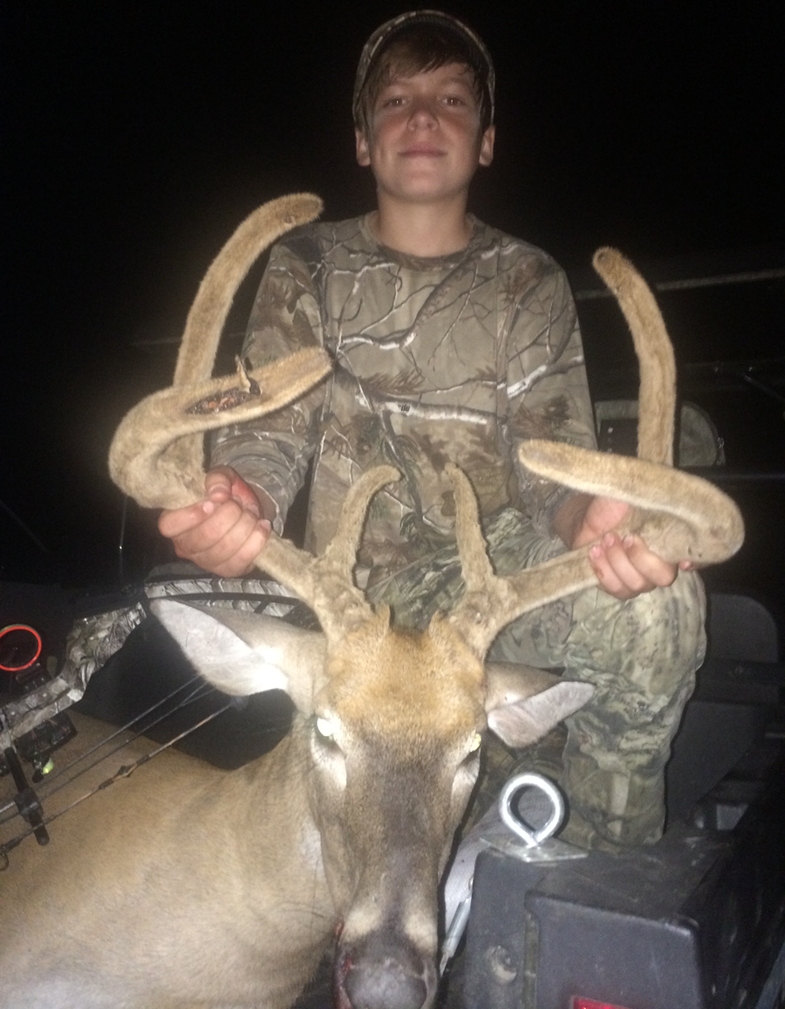 Overall activity status: Activity is picking up somewhat, with slightly cooler temperatures and the beginning of some oak trees dropping their nuts. The brutal days of summer have waned, and the temperatures have dropped out of the 90s now. Jeff Dennis of Lowcountry Outdoors in South Carolina reports “We just started our doe season here on September 15. Lots of females will be harvested this week, and the weather has changed. Much more rainy and cooler than it was during the first month of deer season.”

Fighting: I haven’t received any reports of fighting yet, but bucks will be starting to spar with each other about now.

Rub making: A few reports have trickled in about rubs being seen. There are some around and they should be increasing as we get closer to fall.

Scrape making: Some scrapes are popping up along fields and hardwood ridges. Any feeding areas such as food plots and acorn-dropping oak ridges will have scrapes if bucks are in the area.

Daytime movement: Most bucks have switched from their summer pattern and are back to their fall ranges. Many bucks are nocturnal, but it’s possible to catch one after a rain, in an unpressured area, or at dusk at a food source. That’s what Logan Crosson, in the photo above, did on Georgia’s opening weekend last Saturday. Along with his father, Bert, Logan had located a trio of bucks that were using a field, and had numerous trail camera pictures of them, including a tall six-pointer they nicknamed “Ghost.”

Logan, only 12 years old, already has several bow kills his credit and was anxious to put an arrow in the big buck. Bert tells the story: “Around 7 p.m., I looked up and spotted three deer in the corner of the field feeding on persimmons. After looking through my binoculars, I could tell that it was three bucks with one being the big, velvet racked 6-pointer, Ghost, that we knew very well. They fed around for a few minutes and then disappeared out of our sight. I’m guessing 35-45 minutes went by with Logan asking me every two minutes (it seemed), “Daddy do you think those bucks are going to come our way?” Due to how our stand set was situated just off the field, we could not see anything approaching down the edge of the field…little did we know this group of bucks was working their way down the field edge in our direction.

“Around 7:50, I lowered my backpack to the ground as the thunder and lightning seemed to be getting closer. About the time I lowered my pack and turned around, I saw a deer approaching us coming down the field edge. It was a small 8-pointer followed by a spike. Bringing up the rear was Ghost. The three bucks began feeding in front of us, but Ghost wouldn’t give Logan a good shot angle. Three times Logan drew his bow and three times he let down as we weren’t comfortable with the angle. With shooting light fading fast, I wondered would the buck ever turn enough to give my son the shot that I knew he could make if given the chance. Finally, Ghost turned enough to offer Logan a good shot. Logan then had to bend down in order to shoot under a limb that was in the way. As soon as he squeezed the trigger on his release, I could tell he hit the deer good. Ghost bolted and made a half circle out in the peanut field before entering the woods and the thick cutover to the south of us. After all the hugs and high-fives, Logan told me, ‘Daddy, I said a little prayer just before I squeezed the trigger on the release.’

“After a two-hour search in very thick cover, they finally recovered the buck and the celebration began. The tall velvet-racked six-pointer was a fine trophy for a young hunter. By relying on good scouting data, hunting a food source, and patiently waiting for the right shot, Logan was rewarded with an early season trophy.

X-Factor: Look for any food sources being used now. Once located, check for rubs, scrapes, droppings, or any indication that bucks are feeding there.