Deer in Mississippi and Alabama, and those in certain sections of Louisiana and Florida, are now in various stages of... 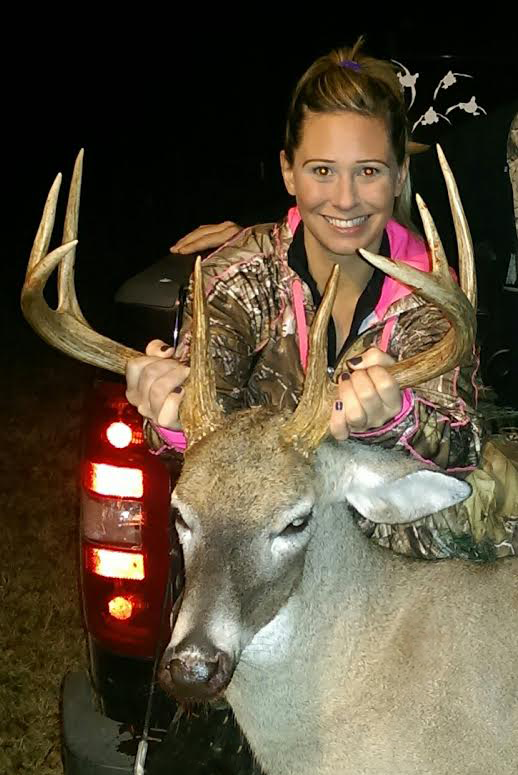 Deer in Mississippi and Alabama, and those in certain sections of Louisiana and Florida, are now in various stages of the rut. Some are in pre-rut, others are at rut peak, and some are in post-rut, depending on location. Louisiana and Mississippi have different rut timetables throughout their states, with some counties and parishes differing in rut intensity from others just down the highway. Regardless of where your hunting property is located, there should be good activity.

Alabama is basically in a pre-rut stage now, with rut activity on the increase. John Locklear hunts in the east-central county of Lee and is seeing more action. “Bucks are starting to break up from groups, and are starting to mark their territories with rubs and light scraping,” Locklear notes.

For the past several years, Locklear has been trying to help his wife, Meredith, get her first buck, but the right one never showed itself. Last week, though, it all came together. Bucks were in the pre-rut stage, and would start moving more and checking food plots for does. Meredith was set up in a stand overlooking a food plot with their friend Tony Caldwell, who was to video the hunt. They had several trail-camera photos of some good bucks in the area and were anxious to be the first to bag one of them.

Meredith recalls their afternoon hunt: “We got in the stand about 1:30. I was getting lessons on where to shoot if it’s a buck. It was about 3:45 when a button buck walked out. Tony and I watched him go up and down the field for about an hour. Throughout that time I could hear movement off to the right. I kept anxiously whispering to Tony, ‘What is that?’

“Out of my peripheral vision to my right, I saw this huge figure walk by, as well as what I think was a smaller 7-pointer. I grabbed the rifle and put it in the small window to get a closer look. I was so nervous, shaking so much at what I was looking at, that my gun barrel was tapping and making a noise on my rest. Tony decided to put his hand under the gun so I could use it as a rest. ‘Take a deep breath, and try to stay calm,’ he kept telling me. I was finally able to steady my hand and said, ‘You ready? Because I am going to kill me a buck.’”

Meredith made the shot. The buck ran off and she heard what sounded like it hitting a tree. After calming down, they went back to the house for some help and later returned with her husband and brother and found the buck only 20 yards away. “We all jumped, screamed, and held each other for a few minutes,” said Meredith. “I was in shock! I could tell my husband was so proud of me. After all, he had introduced me to hunting and the outdoors lifestyle.”

“This buck’s neck was starting to swell, and had some wood shavings stuck in his antlers from where he had been rubbing,” John reports, “although he did not stink, and his tarsal glands only showed light staining.” Meredith’s buck was a four-year-old eight-pointer that scored 124 inches and weighed 180 pounds.

With the rut getting closer in Alabama, Mississippi and Louisiana, expect bucks to show up at food sources and doe concentrations looking for an estrous female.