Not Seeing Deer? Here’s Why

Every year as the rut winds to an end, we outdoor writers begin compartmentalizing the reasons for the tough hunting—and... 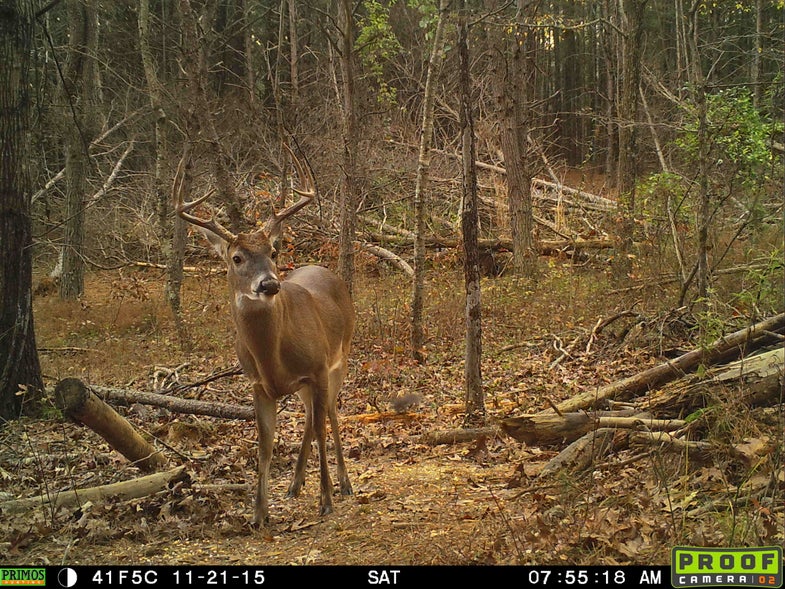 Every year as the rut winds to an end, we outdoor writers begin compartmentalizing the reasons for the tough hunting—and the strategies you should be using if you’re still holding a tag. Usually, the weather and breeding phase share the brunt of the blame for slow deer activity. Hunting pressure is mentioned, but often in the context of some imagined advantage, as if all the other bumbling hunters in the woods will be running deer to you, but due to your hunting superiority, you’ll remain magically undetected and never push anything to them.

The reality is, no spot is “overlooked” or “unpressured” if you’re out there hunting it yourself.

The degree to which deer movement is affected by hunting pressure is often understated—especially in this part of the world. Throughout the Mid-South, gun seasons are timed almost perfectly with the best part of the rut. In Kentucky, archery season opens the first Saturday in September and runs through mid-January. There are muzzleloader and crossbow seasons, some of which run for weeks, scattered throughout that timeframe. Yet, the overwhelming majority of the state’s deer harvest—77 percent last year—happens during the three-week firearm season in November.

I don’t say that to disparage gun hunting. I shot my buck with a gun this year. I’m simply saying that it’s reality for those hunters who are still holding a buck tag as we enter the late season.

But there is hope. Though we may underestimate the effects of hunting pressure, I think we also sometimes overestimate a whitetail’s reasoning capabilities. They’re still just deer, driven by food and sex. Though a few bucks are still getting lucky, the glory days of the rut are over. Food sources are dwindling right now too. If there’s something good and easy to eat in a spot where they haven’t been harassed—well, they’ll eat it. Around here, picked cornfields on the edges of town seem to be full of deer every evening, probably because firing a .300 Win Mag in town is mostly frowned upon.

On our little farm, the hotspot according to our trail cameras is within bow distance of camp. It’s a half-acre rye grass food plot bordered by a clear-cut. I keep a corn pile going just off the edge of the plot, and that’s where I run my camera. I don’t stomp around the woods looking for buck sign. I cross the plot, dump a little corn, swap camera cards, and leave. I’ve been following that routine since July.

Historically, it’s the least-productive, least-hunted area of the farm. We’ve barely touched it during the rut, and there isn’t any neighboring pressure in the immediate area, either. That’s probably why this buck—one I thought for sure had been killed by a neighbor on opening weekend—made a broad daylight appearance here a few days ago.

He wasn’t chasing a doe or working a scrape or fighting. He was eating corn. It was cold and calm that morning, and of course, nobody was in that stand.

Easy food, prime weather, and lack of hunting pressure. Considering we have almost two months of Mid-South deer hunting still ahead of us, it’s a formula worth remembering.