Deer season begins September 13 here in Georgia, and I’m anxious for it to start. I’ve already started calling on... 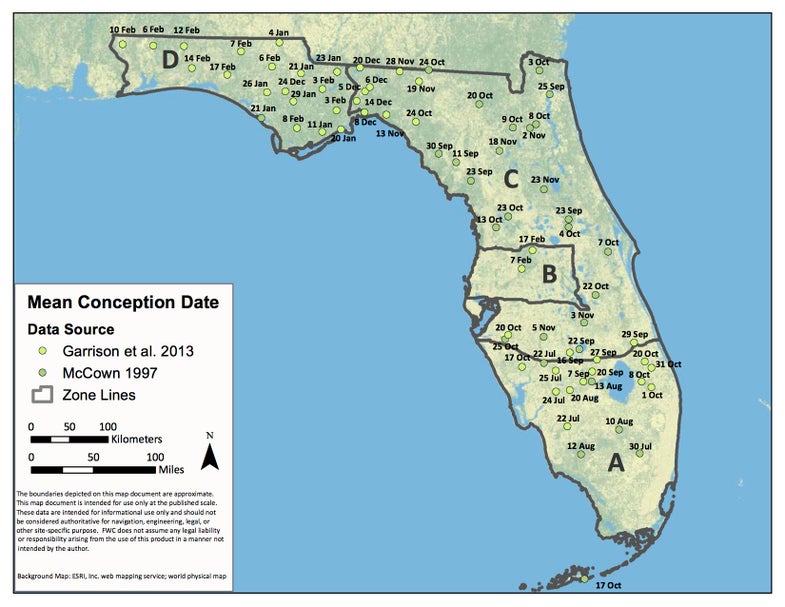 Deer season begins September 13 here in Georgia, and I’m anxious for it to start. I’ve already started calling on landowners, scouting property, and placing trail cameras. Bow practice in the backyard has become more intense as my groups tighten and I go through my gear to make sure everything is in order.

Opening days across the South, however, vary as widely as each region’s rut. Deer season has already begun in southern Florida and eastern South Carolina. Other states begin at various dates in September and October, with Alabama bowhunters having to wait till the 15th of October.

The challenge of being a Rut Reporter for the seven southeastern states of Florida, Georgia, South Carolina, Alabama, Mississippi, Louisiana, and Arkansas is the wide range of rut periods. From now until February, whitetails somewhere in the South will be rutting. It’s my job to find those places and relay what’s going on, but if you encounter some rutting activity, please report it on this website.

One area in which deer are rutting now is the southernmost portion of the Sunshine State. I checked with Tony Young of the Florida Fish and Wildlife Conservation Commission, and this is what he had to say about that super-early rut:

“If particular areas in Florida have a bumper acorn crop this year, I would guess the deer harvest might be down a little in those areas because deer will be harder for hunters to pattern with acorns (their preferred food source that time of year) everywhere. On private property (where you are allowed to plant food plots and have feeders), deer will most likely not come into feed on the plots and feeders as much because they will more likely stay in the woods and eat the available acorns. In addition, in the Northwest part of the state (Hunting Zone D), new regulations this year upped the antler restrictions on bucks from a 5-inch antler to 3 points on a side (or a 10-inch main beam) north of Interstate 10; and 2 points on a side (forked antler) south of I-10. This more restrictive regulation will probably result in less total deer being harvested in the Panhandle, but it might lead to better quality bucks being shot, and if not this season, in seasons to come.”

“Regarding when the rut might take place in different parts of our state, you may refer to this statewide rut map showing the mean conception dates. As you can see, Florida is unique in that rut times span eight months–from July to February.”